While December of 2013 was one of the best months for films in recent memory, January films are usually not the best for movies. January is usually a great month for those of you who are catching up on the latest Nov/Dec films that are getting a lot of praise, but for true native releases, it’s usually nothing more than a dumping ground for the studios. Most films that come out at the beginning of the year are hit or miss as we are coming off of our Oscar hangover that the awards season starts to bring. Every now and then, January brings a nice gem, although most of them are forgettable. Well, 2014 hasn’t been out of the ordinary as most films this month have been, well let’s just say we didn’t discuss many of them on the podcast. However, there were a few that weren’t and one of them was very good (if you ask me).

Again, as a side note, there were a few films that have different release dates for limited releases vs wider releases, etc., so we based it off when we got the films here locally in Kentucky. There’s a lot to choose from but here’s some of the best of the month. 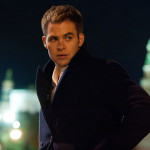 5) Jack Ryan: Shadow Recruit
So, this list isn’t the greatest one of the year that you’ll see, but what are you going to do? As for films in general, Jack Ryan: Shadow Recruit is a pretty middle-of-the-road action movie that is serviceable and okay. While it’s not the greatest thing we’ve seen, there are elements that were good and fun to see. It was thrilling at times and it was interesting to see Jack Ryan as an action guy, rather than just a spy genius. Comparatively to the rest of the films this month, this is easily one to see that you won’t regret. Although, this is a film that’s okay to see once it comes to Netflix or HBO. 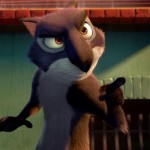 4) The Nut Job
The Nut Job isn’t the greatest animated film by far and by the end of the year, it will be mostly forgettable. However, there are some things to appreciate about this film. It’s not often in animated films that the main character is similar to that of Llewyn Davis, a character that is unlikable and out on his own doing his thing. So to go that route was interesting and there were some great elements surrounding that. The supporting characters really brought down the film, along with unnecessary human character plots. However, the main character was fun and if you like those arduous hero types, you’ll get something out of this. 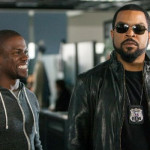 3) Ride Along
Kevin Hart seems to be everywhere now-a-days and depending on how you feel about him, will depend on your reaction to this film. As the lead in this film, he’s very funny and hits on most of the beats they’re going for. The story isn’t anything worth noting but it set ups some scenes for Hart to really showcase his comedic skills that people love. Some elements were cheesy or unnecessary but it plays to the strengths of both Hart and Ice Cube. Again, forgive it’s traditional flaws and you can enjoy this movie for what it was. And for January, Ride Along is more than serviceable. 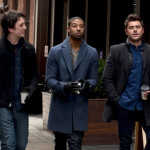 2) That Awkward Moment
That Awkward Moment is a film that has some pretty typical story tropes and character arcs we’ve seen 1000x over but there are some interesting dynamics to this film. Michael B. Jordan, Miles Teller and Zac Efron were terrific together and you could tell they had a blast making this film. The punchlines they threw at one another were funny and what you’d expect from a film like this. Again, this has a Llewyn Davis-type tone to the film but it explores mid-20’s masculinity in an interesting way that most guys can relate too. They may not agree with it, but it’s something they can relate with. So while there’s not much new in terms of narrative, the guy dynamics were heightened greatly by the actors. 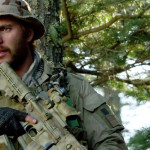 1) Lone Survivor
Lone Survivor is an amazing war film that explores the idea of brotherhood and sacrifice in some of the best ways we’ve ever seen. While the film does lack character development and needed to be edited better in the third act, the main course of this film is more than satisfying and delivers an emotional punch that was just incredible. Looking at the film for what it’s doing, the film hits those brotherhood beats extremely well and it showcases something that most people won’t ever know or fully understand. The families of the fallen soldiers that this showcases felt honored and enjoyed the film, and for me, that’s all that matters when it comes to this kind of stuff.

Usually, this is the part of this post where we post honorable mentions but there really isn’t any. It was stretching to even include all five of these quite honestly. The rest of the month included films like I, Frankenstein, Labor Day, Reasonable Doubt, The Legend of Hercules and other films that you don’t really need to waste your time on. For the record though, we didn’t see all of the films that were released this month and many of the late December releases that got wide releases in January didn’t really fit the criteria for us, as we saw most of them in December. That being said, are there any other films that you’d include on this list? And be kind, we understand these aren’t the greatest films in the world but they were the best of the month for January 2014. The year will get better, don’t worry.