Movie Review: Reasonable Doubt leaves room for a little of it 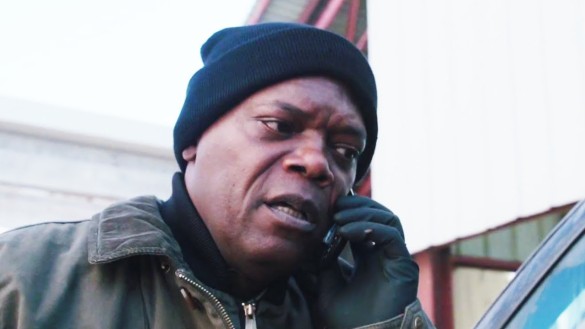 Synopsis: A District Attorney has his life turned upside down when he’s involved in a hit and run and another man is arrested for his crime and charged with murder.

DIRECTION
Peter Howitt, who directed Johnny English and Laws of Attraction, brings us the thriller Reasonable Doubt starring Nick Fury and Howard Stark. Okay, actually I mean Samuel L. Jackson and Dominic Cooper who played those characters respectively in Captain America: The First Avenger. Howitt was able to pin them against one another and created a nice Michigan winter aesthetic that worked for the film with the goals they had in mind. The pacing was a little inconsistent and the camerawork was pretty predictable but Howitt was still able to capture the thrill a little bit. He gets a solid score from James Jandrisch, which really brought up the film from where the it lacked.

SCRIPT
The script had a descent premise but it doesn’t quite it explore it thoroughly nor do all the characters get the right treatment. However, it does just enough that it gets by with the way Howitt brings it to life. The story centers around a District Attorney, played by Cooper, who is involved in a hit and run accident. However, another man (Jackson) is charged and arrested for the murder. As things start to play out, we see that there are deeper things going on and Cooper’s character is stuck between finding justice and also revealing that he’s not the true criminal. Some of the major themes were actually explained well and Jackson does a good job of revealing those theme. The story could of used a little bit more backbone but for the small thrill ride it wants to deliver, it’s not terrible.

PERFORMANCES
As mentioned, Cooper plays a District Attorney who is in a fight he didn’t expect and Cooper plays it pretty straight forward. While some elements could of been dealt with better, Cooper does a descent job. It’s not his best piece of acting but the kind of script this movie had, it was appropriate and never over-bearing. Samuel L. Jackson was great as the antagonist but he never swears once and that’s a disappointment. Okay, all kidding aside, he was good, although he doesn’t have a ton to do and mostly needed to look menacing. Ryan Robbins has a very small part but I liked it when he was on screen. The dynamics and relationship he has with Cooper’s character seems a bit forced and wasn’t explored as much, but Robbins plays it pretty well.

SCORE
As I mentioned, James Jandrisch has a pretty solid score for this little Canadian film. It’s a more digitized, almost Only God Forgives-esque score, but it’s different enough and works to enhance the thrill elements of the movie. There’s a nice little theme that plays throughout which was fun and made for a much better score than most of these type movies usually get.

FINAL THOUGHTS
Overall, Reasonable Doubt leaves a little room that there is some but it’s still satisfying. The main story arcs are done well and explores some pretty tough territory that we’ve seen before, but it plays it a unique way that’s pretty rare. The films suffers from pacing issues as well as forcing some story tropes that needed to be explored more. There was good potential here and it’s not entirely wasted. While this isn’t a needed theater experience, it’s not a terrible Netflix watch once it’s up there.