Monthly Preview: February gears up for 2014 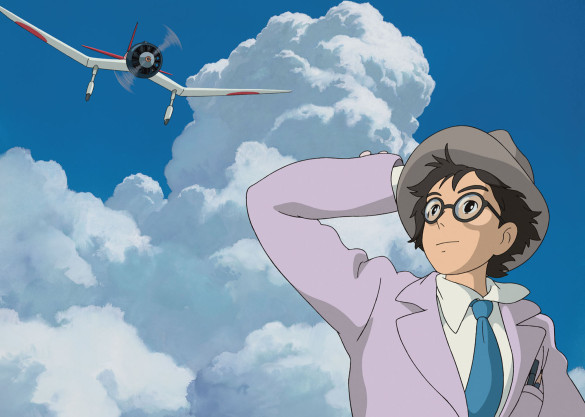 January and February are usually a tough time for films as the Studios mostly use these months as a dumping ground for projects that really don’t care about. January has really proven to be the case outside of Lone Survivor, which really has left this year off to a really bad start. My guess is that some of these films in January may end up on some “Worst of” movies when 2014 is all said and done. However, February looks decently promising, at least comparatively to how the month tends to usually go. Films like The Lego Movie, The Wind Rises and The Monuments Men could make this a pretty great month for a February.

Director: Phil Lord & Christopher Miller
Stars: Chris Pratt, Elizabeth Banks, Will Arnett, Morgan Freeman
Synopsis: An ordinary LEGO minifigure, mistakenly thought to be the extraordinary MasterBuilder, is recruited to join a quest to stop an evil LEGO tyrant from gluing the universe together.
Our Take:  This movie looks like a ton of fun. It’ll be silly, goofy and everything we’d want from a lego movie. It has lots of movie stars and Chris Pratt is going to have a big year, starting with a fun lego movie.

Director: George Clooney
Stars: George Clooney, Cate Blanchett, Matt Damon, Bill Murray, John Goodman
Synopsis: An unlikely World War II platoon are tasked to rescue art masterpieces from Nazi thieves and return them to their owners.
Our Take:  The Monuments Men looks really great and has a fun cast. However, there’s reason to be nervous about this film as it was moved from the height of Awards season in December to lonely February. It kind of doesn’t make sense, but it still looks great and will hopefully be memorable at the end of 2014.

(Feb. 12)
Director: José Padilha
Stars: Joel Kinnaman, Douglas Urbanski, Abbie Cornish, Gary Oldman, Michael Keaton
Synopsis: In 2028 Detroit, when Alex Murphy (Joel Kinnaman) – a loving husband, father and good cop – is critically injured in the line of duty, the multinational conglomerate OmniCorp sees their chance for a part-man, part-robot police officer.
Our Take: While this film won’t live up to the original, it doesn’t look too terrible. The story lines seems okay, the updated-ness looks pretty good but you still want to keep an arms length away. It could still be high disappointment.

Director: Akiva Goldsman
Stars: Colin Farrell, Jessica Brown Findlay, Russell Crowe
Synopsis: A burglar falls for an heiress as she dies in his arms. When he learns that he has the gift of reincarnation, he sets out to save her.
Our Take:  While this looks kind of cheesy, Colin Farrell had a pretty strong 2013 and we’re hoping the trend continues this year. Farrell and Russell Crow look to have some fun dynamics and there could be some fun elements to enjoy. This could hopefully be a good date movie.

Director: Paul W.S. Anderson
Stars: Kit Harington, Carrie-Anne Moss, Emily Browning
Synopsis: A slave turned gladiator finds himself in a race against time to save his true love, who has been betrothed to a corrupt Roman Senator. As Mount Vesuvius erupts, he must fight to save his beloved as Pompeii crumbles around him.
Our Take:  Visually, this movie looks pretty interesting Story wise however, this looks be quite a mess, much is the same with Paul W.S. Anderson movies. For February though, this could be a good disaster movie, although it probably won’t be very memorable. Here’s to hoping though.

Director: McG
Stars: Kevin Costner, Hailee Steinfeld, Connie Nielsen
Synopsis: A dying Secret Service Agent trying to reconnect with his estranged daughter is offered an experimental drug that could save his life in exchange for one last assignment.
Our Take:  Why does Kevin Costner think he is Liam Neeson now? 3 Days to Kill is an interesting premise but needs a different action star to be really successful. We could be wrong, but this feels like the typical Jan./Feb. action movie that you’ll forget about the next day.

Director: Hayao Miyazaki
Stars: Joseph Gordon-Levitt, Emily Blunt, Mae Whitman
Synopsis: A look at the life of Jiro Horikoshi, the man who designed Japanese fighter planes during World War II.
Our Take:  This is supposedly the last movie for the great Hayao Miyazaki and it looks like a wonderful piece of work. This film has a strong chance of winning Best Animated Film at the Oscars and has made many people’s Top 10 lists for 2013. Hopefully the translation to English works okay and Joseph Gordon-Levitt is someone you count on. This should be great.

Director: Jaume Collet-Serra
Stars: Liam Neeson, Julianne Moore, Lupita Nyong’o
Synopsis: An air marshal springs into action during a transatlantic flight after receiving a series of text messages that put his fellow passengers at risk unless the airline transfers $150 million into an off-shore account.
Our Take:  For a Febrary action flick, this has a strong cast that we can get behind. The trailers haven’t really sold much so hopefully it has more substance than the footage we’ve seen so far. While Liam Neeson can be a great action star, this doesn’t seem to be in the save vein as Taken or The Grey. But hopefully we are wrong.

Director: Christopher Spencer
Stars: Diogo Morgado, Amber Rose Revah, Fraser Ayres
Synopsis: The life story of Jesus is told from his humble birth through his teachings, crucifixion and ultimate resurrection.
Our Take: The mini-series this film is based off of had some strong reviews so hopefully the big screen translation works just as well. This won’t have the same weight as The Passion of the Christ but could have some solid substance behind it still, if done right.

While we didn’t cover everything, these are the big films that we think you should look out for this month. There are a few smaller films such as Vampire Academy, Endless Love, About Last Night, Stalingrad and The Lunchbox that could make some noise this month but don’t look to be anything crazy. Kevin Hart in About Last Night could be fun but doesn’t look incredibly outstanding.

What do you think about these films? Does February look good to you at all? Leave us a comment below!