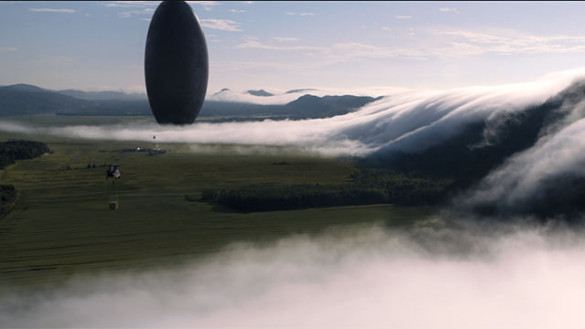 With Dune coming out in theaters this weekend, we thought it would be fun to look back on the career of Denis Villeneuve thus far. In some ways, this exercise is futile as he has yet to miss if you ask me. In fact, taking it a step further, every feature length film we’ve seen from Villeneuve ranges from very good to absolutely incredible. In the case of his Top 3 (as seen below), I think they’re some of the best films we’ve seen in the last decade. He’s easily one of the best and most immersive filmmakers working today. There’s a tangibility to his movies that are unique in today’s blockbuster landscape. But even if you remove aesthetics and sound design, his characters are compelling and the stories are engrossing, which is enough in many respects. Not to put him on a pedestal, he still has plenty to prove, but so far he’s done enough to be among my favorites right now.

With all of that said, let’s dive in. Here is my ranking of Denis Villeneuve as it stands right now.

I will admit, I haven’t seen Maelström in awhile and it’s the film least cogent in my mind when it comes to Villeneuve. It’s possible that after a re-watch it sits higher on this list. However, Maelström is still a worthy debut. It features a director that’s full of ideas and vision. You can sense his passion for the craft in every scene. I mean, the film is narrated by a fish awaiting to be butchered for crying out loud. That’s a director who is willing to take risks. Even if the film is sometimes uneven, there’s some great stuff here about death, blame and remorse. Perhaps you could argue that its messiness is a benefit to the film given its emotion and characterization. That might be a stretch, but either way, Maelström is Villeneuve letting us know that he’s a filmmaker to look out for.

Prisoners was Villeneuve’s first foray into Hollywood filmmaking, and at times it does show, but on the whole it still has that Denis flavor. There’s an intensity to the film, particularly within the performances, that make it a riveting experience. The mystery and suspense at the heart of the story is pulsating. And while it may not work for everyone (looking at Brendan), the ambiguity of the final scene was very effective for me. I’m not sure how attached Villeneuve was to this material (especially when compared to his later works when it’s clear he has a vested interest), but it’s good. Prisoners is more than a quality entry into the Denis-verse.

Not for the faint of heart, but Polytechnique is an equally poignant and more concise version of Gus Van Sant’s Elephant. The latter is an affable attempt, but Polytechnique has a more determined emphasis on pathology, and this dichotomy that recognizes a reality that’s gray vs. a main event that is morally conspicuous. This makes the film emotionally complex, especially when considering Villeneuve’s storytelling and his shifts in perspective. Arrival is certainly among Denis’ most affecting films, but there’s no denying the visceral power of Polytechnique. The closing sequences in particular are a gut punch. Villeneuve’s craft is also excellent. I love the black and white cinematography and the performances are quite great. Don’t be fooled by where this ranks, it’s hard to watch, but it’s a very good movie.

Look, I’d be lying if I didn’t admit that I’m still trying to figure out Enemy. What do the spider’s mean!? Especially the last shot of this film, what the hell is going on? Who knows, but I loved it. The one thing I do know is that Jake Gyllenhaal is fantastic in two distinct performances. Adam is more reserved and quiet, while Anthony is more energetic and boisterous, and those contrasting traits are fully realized thanks to Gyllenhaal’s attention to detail. Some of Enemy‘s symbolism may be hard to decipher, but there’s clearly something going on as it relates to masculinity and femininity, pride and identity, and ultimately how the variances between the two characters – inside those ideas – thread together a web of provocative ambiguity.

I can already hear the “it’s too low” crowd yelling at me. Look, I love Dune. It’s arguably Villeneuve’s best directed film to date, but I need to sit on for some time first before I can claim that personally. It’s very possible that in another year Dune climbs up a spot or two. The only thing holding it back for me right now is that it’s an unfinished product narratively. There is clearly more to come soon. And when that happens, perhaps it’ll make Part 1 even better than what it already is. As it stands, though, this is a visual treat. Villeneuve’s world building and immersive filmmaking is stunning. The film’s transportive aesthetics and design is maybe the best we’ve seen since Mad Max: Fury Road. Additionally, the sound design here is among the best we’ve heard in some years as well. And despite where it ends narratively, the characters and story here is quite captivating. There’s a dreamlike quality to it at times that’s great. The performances are very good. A lot to love with Dune.

Listen to our review on Episode 453, coming soon.

Let me clear, Incendies excellent, and it’s as good as any film in the Top 3. In fact, the next few are very interchangeable as far as I’m concerned. And in a weird way, Incendies is a mixture of Sicario and Arrival in that it’s both haunting and emotional. It’s a gripping film about family and consequences, standing up for your beliefs and fighting for what you love. Much of it may not sting in the moment, but this is a movie that lingers with you long after you watched it. The performances are great. I love the film’s structure and how balanced it is as the pieces start to fall into place. If anyone else has Incendies as their favorite Villeneuve, you’ll get no pushback from me.

It’s never not astonishing to me how Villeneuve talked a major studio into making this film. Blade Runner 2049 is more or less a big budget indie film. There’s not much about it that’s accessible to a wide audience, even if its predecessor is a beloved cult classic (that bombed at the box office in its day as well). Despite its failure financially, however, it’s one of the more exquisite and astute sequels we’ve seen in the last thirty years. Particularly in how it flips the script from Blade Runner and that K is very aware of his replicant status. That’s not a mystery. That is, until he finds out that one of his “childhood memories,” something he perceived to be fake, may actually not be after all. And then all of a sudden his identity is in question with conflicting outside voices making things more hazy for him. I absolutely love that juxtaposition. Then throw in the film’s visual layout, its neon texture and evocative imagery, its symbolism, the score from Hans Zimmer, and the experience becomes all the more absorbing.

As noted above, this may change, but at this point I still think Sicario is Villeneuve’s best directed film. His storytelling is remarkably sharp. The editing in this film is really great (and yes, that includes its one perspective change, which I think is warranted). Roger Deakins could have (maybe should have?) won the Oscar for Best Cinematography. The stark imagery of Sicario does a great job of complimenting its palpable tension and grave tone. And boy, is this a tense movie. That ending sequence especially had me gripping my seat hard. Benicio Del Toro has never been more intimidating. Beyond it’s cinematic qualities, though, is a movie about this idea of needing to know, a notion that becomes a coping mechanism for Kate’s moral challenges. Which I find riveting in the film. Emily Blunt is really great in the leading role and brings all of that alive in her character. Sicario may not get the same love from other people, but to me, it’s a thematically textured film and Villeneuve’s control over everything is remarkable.

Arrival is without question one of Villeneuve’s more beloved films, and for great reason. It’s incredibly well directed. The acting is phenomenal (Amy Adams should have won the Oscar, and no, I will not let that go). The music by Jóhann Jóhannsson is sublime, as well as the use of Max Richter’s “On the Nature of Daylight.” And it’s one of the best films to decode the overwhelming weight of grief on a parent. Arrival‘s ability to simultaneously weave Louise’s emotional evolution into the its main narrative is nothing short of brilliant. On a first watch especially, how it unfolds in both real time and in hindsight of knowing what is about to happen is a magic trick that still astonishes. To me, that’s not just clever storytelling just for the sake of it, but it heightens the potent emotion that comes when we realize the plight of Louise. Fully aware of what will happen, would you choose to experience a brief moment of bliss despite the heartache that’s around the corner? A question that will haunt me forever.

Well that’s it. That’s my ranking. I know many of you disagree, so let me know what you think. Hit us up on Facebook, Twitter or Intagram. Email me at insessionfilm@gmail.com. Let’s all have fun with Dune (Part 1) this weekend!

The (Im)Possible Contenders is intended to be a collection of features highlighting great films, performances, and craftsmanship that... Read More »

Genre is an interesting beast and we can come to it for different reasons. Blaxploitation can, of course,... Read More »