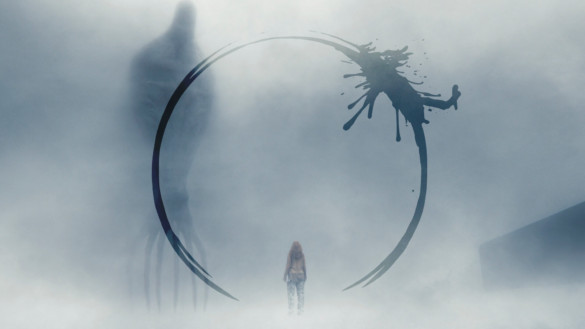 Slight spoilers for Arrival below.

Arrival arrived in a big way for me in 2016. At the time, I was a new father (my son wasn’t even a year-old yet) and I wasn’t prepared for the emotional heft that Denis Villeneuve skillfully weaved into the core fabric of the film. I walked out of that experience stunned. It ended up being my #4 film of that year, with Amy Adams taking home my Best Actress Award for Best Actress at our 2016 InSession Film Awards. It was also nominated for Best Director, Best Screenplay and Best Score. To say that I loved it was putting it mildly.

At the beginning of this year we did our Best of the Decade and I found myself thinking about Arrival more and more. It’s been four years, but it’s still vividly on my mind. Part of it could be the discourse on social media, which still includes Arrival in some ways (depending on the topic), especially when it comes to Adams being snubbed by The Academy in 2017. People haven’t forgotten that egregious error. And it feels good to not be alone in that sentiment, I’m can’t lie. It’s a performance that still lingers with me heavily. For those who listened to our Best of the Decade show, you’ll know that Adams won my award for Best Actress for the 2010s. Not only that, I even went as far to say that it was *the* performance of the decade.

But it’s not just Adams that I think about when it comes to Arrival, Johann Johannsson’s impeccable score (with a little help from Max Richter) often rotates in on my film score playlist on Spotify. Every time I listen to it, the music immediately brings me back to the world Villeneuve created, reminding me of the film’s poignancy. Again, damn The Academy’s rules, it should have been nominated.

That emotion not only resonates because of Villeneuve’s thoughtful direction (and how he utilizes the music), but also thanks to Eric Heisserer’s sharp and compelling screenplay. A script that cleverly built mystery and alluring tension, while simultaneously navigating through all of the film’s intricacies with sublime precision. When you watch it on its face, it’s a welcomed departure from traditional alien invasion movies that pit human protagonists against alien antagonists. Heisserer’s screenplay aimed to be more noble as it depicted aliens nurturing relationships through genuine communication, rather than sparking a galactic war. The aliens in Arrival didn’t want anything from humans, they wanted to gift something to them instead. In that sense the film got to have its cake and eat it too. The constant threat of mis-communication and the uncertainty of what the ramifications could be should that come to fruition made the experience dramatically gripping. Throughout the film we’re never really show how they’ll react or what they’re capable of if they decide to attack. Villeneuve takes full advantage of that in his direction to add great suspense, but Heisserer smartly taps into stereotypes that often come with alien ambiguity to deconstruct motives and communication.

It’s in that where Arrival is deeply embedded into my soul as it relates to Louise’s personal trauma and her job as an interpreter/communicator. The film, whether through narration or natural dialogue, constantly talks about the science of language and creating real communication with those who don’t speak the same dialogue as you. In the case of Arrival, it’s the human species who project vocally, and these ingeniously designed aliens who communicate through visual imagery. That, in and of itself, is captivating given the dynamics we see between Louise and the aliens throughout the film. But the real genius of it comes in how it tethers to Louise’s personal life. In the opening sequence, we get a montage of Louise and her family that articulates the devastation they’ve experienced. It, of course, obliterated me emotionally. Goddamn that Max Richter music. “On the Nature of Daylight” has been used in many films, but it will forever be equated to Arrival for me. It’s perfect here. It fits immaculately and without contrivance. The sequence also slays because of Amy Adams and her dialogue. It’s music, performance, screenplay and direction all coming together in a blistering way that sets the emotional foundation for the film. As it unfolds, there’s a clear connection between language, time and tragedy – all things that have come to define Louise.

This is why I haven’t stopped thinking about Arrival over the last 4 years. It’s a powerful allegory for how we try to decode and interpret the tragedies in our lives. Louise attempting to find out the language of these aliens, and trying to interpret what all of that means, is a perfect metaphor for how we try to interpret / cope with tragedy. As she navigates through all the intricacies of the alien language, it echos our inherent response to decipher emotions we don’t always understand. Especially because most of the time, if not every time, tragedy arrives unexpectedly. Just as the aliens did. And it leaves us in this space of uncertainty and questioning. The biggest question being “why do these things happen to us?” – which is reminiscent of Louise trying to answer “why are these aliens on earth?” As we see in the film, it’s not always clear. The truth is sometimes mysterious and it requires much deciphering. But there’s hope. Louise was able to decode a lot of the alien language as we sometimes find answers in the middle of our grief and pain. For Louise, it came in the form of choice. Her circumstances could not have been more arduous, but the aliens gifted her perspective. It’s one of my favorite film twists of all time because of the polarity it presents to Louise. She could either run from conflict and her grief, as represented by the government or even her husband, or she could embrace the inevitability of tragedy and cherish each moment with love and hope.

Louise, full on knowing what her future was going to be, chose companionship. She chose to be in each moment with the one she loves. Decoding tragedy is never easy and it always leaves us at a crossroad. But there is an unexpected gift that can come as a result of fully diving into the process. Louise doesn’t get her “gift” at the end without doing a bunch of work and really digging into the nuances of her job. In the end, though, after thoroughly examining every little detail that came with the alien language, she learned of something profound. However, it wasn’t just Louise breaking through in terms of world conflict, it was her finding peace in her pain.

And when you intertwine that with the sci-fi nature of the film and its ideas on communication and loneliness, it makes for a stirring experience that I haven’t forgotten. Especially with how it all crystallizes in those final five minutes or so. The montage of Louise talking about her choice and how she would choose it over and over again, knowing the outcome, destroyed me even more than what the opening montage did. It was art transcending beyond the screen and injecting itself into my real life and how I view my relationship with my son. Or with how I’ll grapple with grief when it comes.

Louise is no doubt one of my favorite sci-fi characters of all-time and Arrival will continue to sit with me in the years to come.