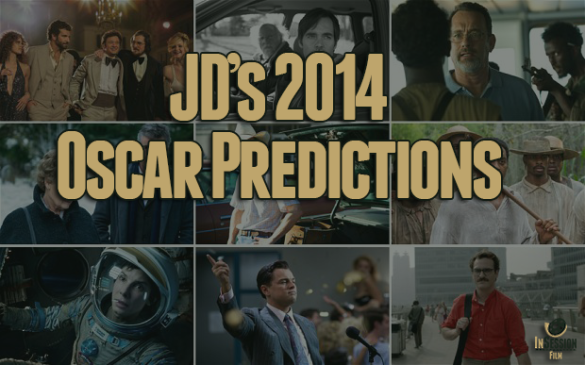 On Episode 53 of our InSession Film Podcast, we handed our our official Oscar picks on the show, which is something I’d recommend for any listener. However, on the show we didn’t cover every category, so I wanted to take a quick second to hand out my Oscar predictions for the 86th Academy Awards, which includes every category (except for the shorts). So this is a good recap of my predictions from the show as well as some of the “lesser” categories, which are some that I’ve been noted as saying as categories I particularly like as well. That being said, how do your predictions differ from mine?

Well do you agree or disagree? Let me know in the comment section below or you can tweet me @InSessionFilm. Enjoy watching the Oscars this weekend!