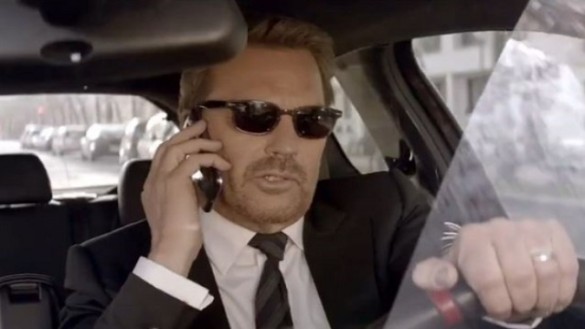 Synopsis: A dying CIA agent trying to reconnect with his estranged daughter is offered an experimental drug that could save his life in exchange for one last assignment.

DIRECTION
Have you ever watched a movie and couldn’t stop laughing? I had my first experience with that yesterday when I watched Kevin Costner star as Liam Neeson, in 3 Days to Kill. Much like its estranged brother, Pompeii, this film also has an obsession for the Pokémon Ditto. I could probably think of 100 directors better suited to direct this film and one elephant, instead McG was the man in charge of this bloodshed. Ethan (Costner) and Zooey’s (Hailee Steinfeld) relationship is obviously important for the film, but in typical McG fashion, he ruins things faster than Justin Bieber. The scenes between Zooey and Ethan are so repetitive and uses humor badly to get us to connect with them, it doesn’t work. This is a recurring error for McG.

SCRIPT
I knew this film would be in trouble when I knew the same writer of Taken and Taken 2 also wrote this one. 3 Days To Kill tells the story of awful government spy Ethan Renner that gets diagnosed with cancer. After getting the boot from the CIA, Ethan decides to spend his last months in Paris with his estranged wife Christine (Connie Nielsen), especially with their teenage daughter Zooey. It’s not long before he meets the mysterious CIA agent Vivi (Amber Heard) and promises him a deal of a lifetime. Vivi offers Renner an experimental drug that allay his cancer, but only if he agrees to hunt down and kill two killers with the most laughable names ever: The Wolf and The Albino; I’ll give you some time to laugh. Vivi mentions he has 3 days and his choice is simple: “Kill or die”. Paris? CIA? Wife and Kids? – If it seems familiar, it’s because this is exactly the background of Taken.

PERFORMANCES
Kevin Costner is trying to be Liam Neeson here but it just doesn’t work well with this story. He’s not very believable as this character but the script is very poor to his credit. In other words, Costner was just there for the paycheck. Hailee Steinfeld and Connie Nielsen weren’t terrible, but again, the script doesn’t leave them much room to be great.

SCORE
Guillaume Roussel does the score here and it’ mostly an average action score to match the very average action movie we get here. It’s not distracting by any means but it doesn’t add much though either. There’s a good amount of soundtrack music that’s used as well that isn’t terrible and actually probably some of the better parts, honestly.

IS IT WORTH IT?
This film leaves more questions unanswered than anything else, and every actor is going through each scene to just get that paycheck. 3 Days To Kill is not worth your time or effort and I think you would have more fun watching kittens on YouTube.