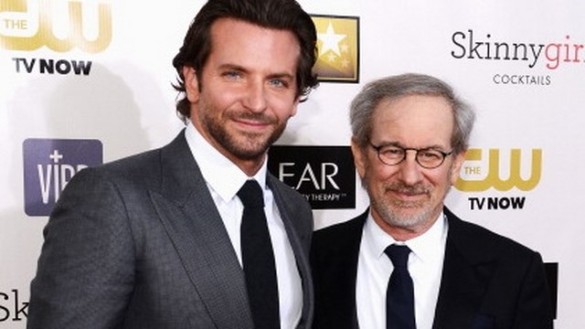 It looks like Steven Spielberg has found his next project and it’s another war movie. Since he’s not going to be directing Jurassic Park 4, a lot of people have been wondering what he’d do next. Well according to THR, Spielberg has officially signed on to direct American Sniper for Warner Brothers. While that title suggests a TV movie, the film is based on Chris Kyle’s own book, American Sniper: The Autobiography of the Most Lethal Sniper in U.S. Military History.

The movie will star Bradley Cooper, who will play Kyle as a Navy SEAL, a man who apparently has more sniper kills than anyone in U.S. history. The script is being written by Jason Dean Hall who also wrote the film, Spread. Bradley Cooper is set to produce alongside Spielberg, Andrew Lazar and Peter Morgan.

This will be the second bio-pic by Spielberg, but unlike Lincoln, no one will have any perspective or expectations as Kyle is mostly unknown outside of military experts, friends and family. Kyle served during the major battles of the Iraq War before leaving the Navy in 2009. Unfortunately, Kyle was killed earlier this year at a shooting range by a fellow vet who was suffering from post-traumatic stress disorder.

No other details have been mentioned yet, but knowing Spielberg, he’ll be able to play the action and characters great and will handle the controversy well. I love what he did with Lincoln and while this doesn’t have the same kind of history behind it, Spielberg will still pull off the emotions well. You can bet on this to probably be another Oscar contender.