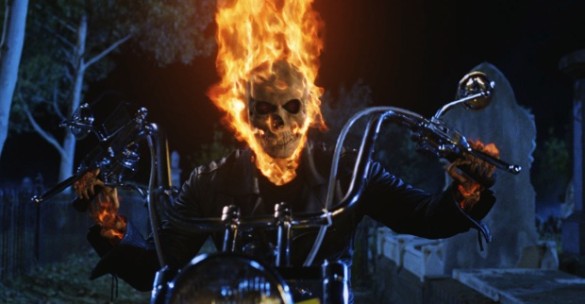 While Spider-Man, X-Men, and the Fantastic Four movie franchises are still owned by other studios, Marvel was able to get back the rights to Ghost Rider and Blade. In 2010, they regained the rights to The Punisher and in 2012 captured the rights to Daredevil after Fox wasn’t able to get a reboot off the writers table.

In an interview with EW, Marvel CEO Kevin Feige confirmed that Sony and New Line released the rights of Ghost Rider and Blade back to Marvel (probably where they belong too).

“Whenever a character comes back to us, it’s usually because the other studios don’t want to make the movies anymore – and that usually means the [previous] movies may not have been particularly well-received… They all have potential, but we’re not going to say ‘We got it back – make it,'” said Feige.

That’s a pretty smart decision by Feige given where the Marvel Universe is right now, they don’t necessarily need to bring back The Punisher, Blade or Ghost Rhider. Daredevil on the other hand could be a more likely fit and it’s probably the more interesting stories and characters that could do well if given the right cast and director. Marvel has a good thing going right now with the Avengers story arches, I’m not sure if any of these movies would be beneficial at all. However, I always like the idea of Marvel getting back their properties as they also do a great job of bringing their own characters to life on the big screen. Out of all the movies done so far, Iron Man 3 was probably the biggest disappointment so far. Although, it does set up the Tony Stark character well for the rest of Marvel’s Phase 2.

What do you guys think? Should they make stand alone movies for these new regained characters?