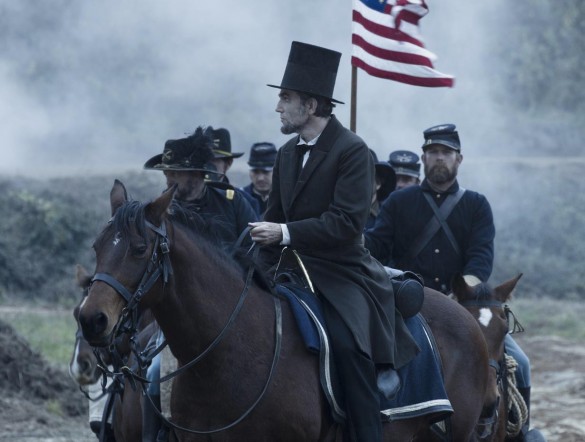 Synopsis: At the height of the Civil War, America’s 16th President, Abraham Lincoln, must balance keeping his divided nation together while keeping forward progress by granting freedom to slaves. The film chronicles the passing of the 13th Amendment and all the work leading up to this momentous legislation.

DIRECTION
Steven Spielberg has proved he knows how to make a movie; Lincoln is no exception. Spielberg creates an epic with raw emotion, not letting the story get away from him or letting the emotion become melodramatic or corny. Spielberg’s trajectory has been erratic over the last decade with critical failures such as Indiana Jones and the Kingdom of the Crystal Skull and War of the Worlds as well as critical darlings such as Munich, War Horse, and The Terminal. Lincoln sits as a crowning achievement of Spielberg’s most recent work and reminds us all that he is still a magnificently gifted director who brings in all necessary elements to tell a transfixing story.

SCRIPT
Lincoln‘s script functions as a typical biopic with a slightly higher than average sense of humanity than other standard historical biopics. Lincoln’s character is painted not as a larger than life man but as a man with enormous responsibility struggling to do his best for his countries and people. The banter between Lincoln and his cabinet is genuine and downright hilarious at times adding to even greater beauty in the film.

PERFORMANCES
The performances in Lincoln for the most part are top-notch. Daniel Day-Lewis slips on the character of Lincoln with ease as he disappears into the role of Abraham Lincoln. Day-Lewis has proved he is one of today’s greatest chameleon’s since he not only play a role but embodies that characters (e.g. There Will Be Blood, The Last of the Mohicans). Tommy Lee Jones also gives a standout performance as Thaddeus Stevens. Jones has always been a talented actor but he rarely offers much depth to roles beyond sheer drivenness. Besides Lincoln, Stevens is the most noble character in the film and every fiber of Jones’ performance portrays that. The only poor performance is Sally Field as Mary Todd Lincoln. Field attempts to portray an unstable Lincoln a la Sybil but only comes off as trying to hard rather than mentally ill. Field is a terrific actress, but this role does not fit her well. The ensemble cast adds to the overall high quality of the film but Lewis and Jones steal the show.

SCORE
John Williams’ score for Lincoln is just that, a John Williams’ score. It is sweeping and full of grandeur, but it sounds too much like many of Williams’s other scores. The underscoring is tender and understanding adding to the humanity of the film, but it lacks any of the epic qualities of Williams’ better scores (Star Wars, Munich, Raider of the Lost Ark). The score feels old but not civil war old, just 30 years too late old. Overall, the score is good but it serves merely a functional purpose without ever transcending and becoming a piece on its own right.