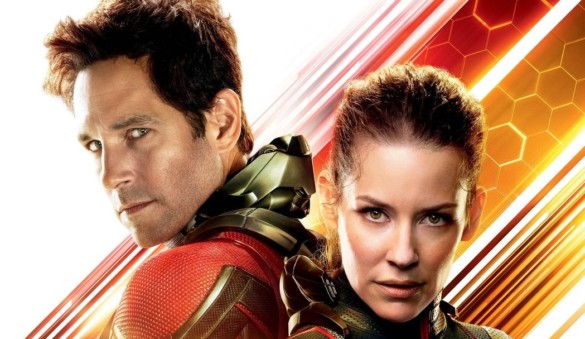 Synopsis: As Scott Lang balances being both a superhero and a father, Hope van Dyne and Dr. Hank Pym present an urgent new mission that finds the Ant-Man fighting alongside the Wasp to uncover secrets from their past.

Ready for an incendiary take? The debut of Scott Lang, plus his alter-ego Ant-Man (Paul Rudd), is pretty tight. Production-wise, the film is Disney’s Solo before the actual thing, but what was released is still a delight thanks to gumptious main players, hyper-creative size shifts and, most importantly, decision to keep the soul Wright-ful. Still, our hero is of the “lower tier” type in the Marvel Cinematic Universe, what with box-office gains not quite Coachella-scale during its run and related memes showing no imminent case of over-usage. Maybe someone could use a teammate? It did make Mark Ruffalo’s likely-will-never-have-a-solo-film Hulk a more involved figure in the series (Ragnarok) and let internet have a more concrete cause to fawn over Chris Evans’ Cap than “leadership” (seeing Bucky Barnes).

And that’s precisely what is given to Ant-Man in this episode: a super-partner called Wasp, real name Hope van Dyne (Evangeline Lilly). Not the smoothest of duos — don’t forget she wasn’t her father’s, or Hank Pym (Michael Douglas, slightly looser)’s, first choice to don the suit — but a beneficial one. Wasp is the first item on the “wanna do something right” list (according to an exchange), the provider of the film’s backbone and the answer to why part two surpasses the first — if only by half an ant.

Acting on the theory that things entered the timeless, multiform Quantum Realm can be retrieved, Hope and Hank devise a plan to rescue mother/wife Janet van Dyne (Michelle Pfeiffer, ever-impassioned, even under five minutes), previously selflessly went subatomic to disarm a missile. Regrettably, the father-daughter duo will have to go at it, toiling away at a can-be-rolling suitcase laboratory, without Scott; the man’s antics in Civil War have forced S.H.I.E.L.D. to turn him into a house arrestee. No worries, though — there’s now more time to bond with daughter Cassie (Abby Ryder Fortson, a ray of sunshine) in the cardboard maze or impress S.H.I.E.L.D. agent Jimmy Woo (Randall Park, tenderly insecure) with learnt-online magic tricks. Scott may have gone through the adulting process more than most, but he never severs the link with his inner big kid, a persona Rudd continues to nourish with maximal charm and trademark sardonic zest. So much easiness is inhabiting the character that, say, randomly ringing him up to grab a po’boy with you and he’ll be down. Grinning is a certainty when he’s around, and that’s a comfort — blessing, even — after all that ashy denouement in April’s Infinity War (stay for the first post-credit scene aka perfect explainer why Ant-Man pulled a no-show there).

But Scott’s betterment here can be traced back to the lady who bettered him. Now with exponentially better hair and more occasions to take charge, names and the wheel (the late-game Hot Wheels vs. full scale car chase around San Francisco’s hilly roads is riotous), Hope really flies. She can now exude frankness and veiled compassion, traits that Lilly, like Rudd in and since the first film, winningly displays besides the kicks. It also helps that Ant-Man and the Wasp’s five writers, among them is the lead actor, have crafted a story more personalized, more character-bound rather than the minimal-maximal feature. Hope and the familial issue she believes is resolvable invite the film’s baddie, Ghost (Hannah John-Kamen, equal parts intense and sympathetic), to chase the good peeps across the walls, the effect of an ailment that Janet can cure, per two exposition-heavy-yet-buttery clarifications from Hank’s former friend Bill Foster (Laurence Fishburne).

Speaking of, Ant-Man and the Wasp has a habit of following up goodness with something less so and back. It’s like stinging you, handing out the ointment and repeat. Whereas John-Kamen develops her villainess using an actress’ toolbox — Ghost has a sliver of an arc! — Fishburne’s Foster apparently also does the same job with that of the writers’, which can get intrusive. Hope’s mission also has her meeting gangster Sonny Burch (Walton Goggins, again practitioner of the unsavory), whose function doesn’t go beyond giving the heroes a reason to alter their atoms’ size and, as a result, easily excisable. On the aesthetics side, the film is a notch below its predecessor; the antsier editing often has Dante Spinotti’s lensing switching between distinctive and pedestrian during set pieces and substitutes the emotion the frame yearns for with fun. That’s OK, but that’s not what’s needed.

That said, when alignment occurs, Ant-Man’s secret weapon Luis (Michael Peña) — now the boss of, ahem, X-CON Security Consultants — will again strike the funny bone at full force. At one point, the man has the enemy’s maybe-maybe not truth serum in the system, and there he goes imbuing his fast-talking skill onto many people, even the previously spared Scott and Hope. Other than a moment of genuine hilarity, one can take it as a sign of the series growing in confidence;  from here onward it will molt without the weight of its borrowed-soul beginnings.

Let’s settle on the visual front, though. Look at the first film again. Once that happens and a great narrative is in play, Ant-Man’s third rollout will be anything but ant-i-swell.  (A million pardons!)