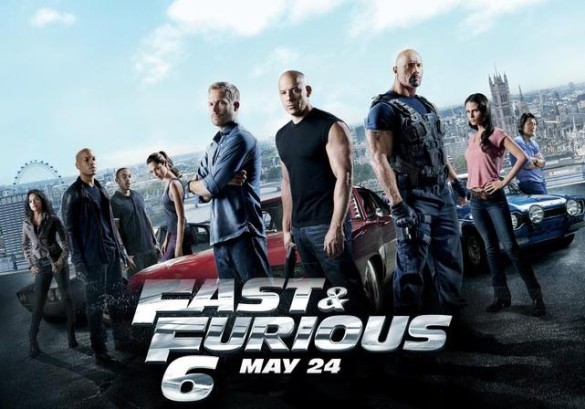 With two new offerings this weekend, most people still lined up to see Fast & Furious 6.

For the second straight weekend, the latest in the Fast and the Furious franchise finished in first at the box office with another $34.5 million. The film, which stars Vin Diesel and Dwayne Johnson, opened with $120 million over the Memorial Day weekend.

Now You See Me magically appeared in second with $28.1 million. With a fantastic cast featuring Jesse Eisenberg, Woody Harrelson and Morgan Freeman, an intriguing story that always keeps you guessing and some great visuals, Now You See Me is one of the better films we’ve seen this year.

M. Night Shyamalan’s After Earth wasn’t far behind with $27 million to make it one of Will Smith’s worst openings for any of his major blockbusters. M. Night Shyamalan’s latest is an above-average sci-fi film that doesn’t quite reach its full potential.

Epic and Star Trek Into Darkness tied for fourth with $16.4 million each and The Hangover Part III was fifth with $15.9 million.

With only the Vince Vaughn-Owen Wilson comedy The Internship and the Ethan Hawke thriller The Purge opening this upcoming weekend, there’s actually a good chance Fast & Furious 6 could make it three straight weeks at the top. But then Man of Steel comes out and will blow all other films away.