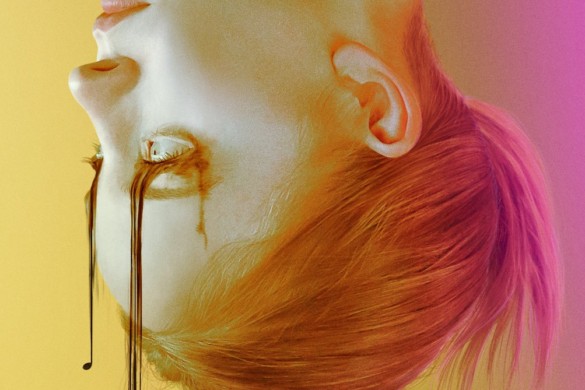 Synopsis: An incredibly gifted pianist makes a Faustian bargain to overtake her older sister at a prestigious institution for classical musicians.

Can art schools ever be peaceful, or just normal places, in horror films? Zu Quirke doesn’t seem to want the answer to be ”yes,” for in her feature debut — as one of four films of the Welcome to the Blumhouse anthology — she renders a California music academy the place where talents make their first and final mark. Mere moments from the gate, Nocturne pushes Moira Wilson (Ji Eun Hwang, an L.A.-based violinist) off the balcony and into the golden, spotlighting sun. Characteristic of any institution in a horror film toward a beloved figure, she is iconized by the faculty and becomes the “tormented savant” in after-class chats.

This incident is the seed from which more unnerving happenings will sprout because the source of Moira’s talent, as our lead Juliet (Sydney Sweeney) discovers, is a music notebook packed with occult drawings. For anyone whose bet was on Evil Eye and not Nocturne for being the title with the most pronounced supernatural aspect — apologies. Likewise, for anyone who thinks Quirke would go all-out with the supernatural shenanigans, from both scripting and directing standpoints — apologies. She doesn’t have to, but her material always summons it even on a passive level. It’s unavoidable, really, as Nocturne applies the same spice blend of artistic studies, sisterly rivalry, jealousy, and harmful mysticism just as Black Swan, Suspiria and Wishing Stairs had done. You can tell something unpleasant is afoot with the reflections, Dutch angles, split diopter, SnorriCam, slow-motion, lighting changes, harsh editing (from Andrew Drazek) and spectral music (from Gazelle Twin), but you’ll also wish that it would be the content rather than the technique, or the former more often than the latter, that primes the feeling. Still, if the objective is to make this the most stylistically playful title in the anthology, consider it fulfilled.

But in the face of shifts — of any kind — Sweeney stays steady. As things escalate as Juliet moves from being the shadow of her sister, Vivian (Madison Iseman), to her twisted best, the actress would find the fitting level of resentment to then portray. While Quirke has composed the arguments in a way that they generally enter overbaked territory, seen clearest in those between Juliet and her brooding, uncompromising tutor Henry Cask (Ivan Shaw), Sweeney’s performance can still make them digestible. And that’s ideal, as one needs to go through the conflicts that have strong ties to the mysterious book’s six “chapters” to reach the meaningful final note. Meaningful, if a tad grotesque.

With four films out of eight films down, Welcome to the Blumhouse is off to an OK start. Just OK, for out of what we have so far, there is just one — Black Box — with the ability to wholly grab your attention, the only one that knows how to explore its premise without tripping into tedium. Still, these films prove that there is diversity in horror, or horror-glazed, stories and the creatives telling them, which under the roof of the Blumhouse enable them to weave into the mainstream (among the most apparent observations: Black Box and Evil Eye are POC-driven, The Lie and Nocturne are from women director-writers). Here’s hoping the next four tenants moving in in 2021 will maintain the idea and altogether bring the chills.