Movie Review: ‘Black Box’ is a Twisty Welcome from the Blumhouse 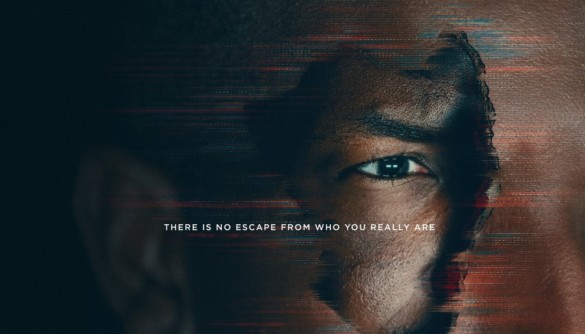 Synopsis: After losing his wife and his memory in a car accident, a single father undergoes an agonizing experimental treatment that causes him to question who he really is.

Memories are murderous. Or they only do when accessed via the brain-powered Oculus Rift named Black Box, which is also the name of one of four horror-tinged stories in Amazon Prime Video’s Welcome to the Blumhouse. Tuesday will see the film premiering alongside The Lie — then next week it’s Evil Eye with Nocturne — and whether you’re a “first come, first serve” watcher or a “now that you all have gathered” one, it’s wise to begin the ride with this. Anthologies always benefit when the starting entry is strong, and that is what Black Box is in this case.

Press photographer Nolan (Mamoudou Athie) hasn’t fully recovered from a car accident that killed his wife long ago, oftentimes his mind would prompt him to stare into space or forget things altogether. Fortunately, this hardship is somewhat alleviated because Nolan’s daughter Ava (Amanda Christie) is consistent and charmingly persuasive in helping him relearning parenting duties and professional skills. To return to form all the way, though, Nolan must agree to commit to the titular experimental treatment designed by Dr. Brooks (Phylicia Rashad) — sit down, EEG cap on, don a VR headset-like device, relive key life moments, and rinse and repeat until full recovery. As you can probably tell, Nolan will have more work to do than the usual patient as he claims that, on certain occasions, he is living someone else’s memories and that he would meet the menacing, crunchy Backwards Man (contortionist Troy James, last year fueling posture-related nightmares being the Jangly Man in Scary Stories to Tell in the Dark).

Out of the four films, Black Box can claim itself as the most inventive, or at the least the one that flirts with invention. Did writers Wade Allain-Marcus, Stephen Herman and Emmanuel Osei-Kuffour (who also directs) watch 2014’s Transcendence and think that they could aim where it missed? Or did they want to see what blending the medical elements in Upgrade and Get Out will bring to the table? A different reason entirely? Whatever the answer may be, they have achieved success in creating a story that visualizes one’s processing of trauma and has the ability to engage. Even if the stronger-to-strongest beats of drama, investigation, and horror can’t meet or exceed their full impact — Osei-Kuffour would ask editor Glenn Garland to cut away when not doing so would have been more ideal — Black Box stays enticing because it’s a puzzle. Only until the reveal when you’re about two-thirds of the way through, but the change applies to how you’d solve the film and not how you’d see it as. If you are to pause the solving, you may feel a burning, tugging sensation to not leave the picture incomplete.

Athie and Rashad also intensify this. Instead of having another frustratingly early exit like in Underwater, released eons ago in January, the actor gets to lead here and proves to be a gripping guide for us. Yes, even when Athie seems more comfortable portraying a Nolan who can’t be there for life than a Nolan who’s trying to uncover a dark truth. The veteran Houstonian actress, on the other hand, is sure-footed throughout, always fusing mystique into her doctor (with a semi-God complex) character — mainly through controlled diction. Her performance, by extension, gives you the willingness to sink deeper into the Black Box and trust in her guidance however ominous she can get. And, of course, just for so long before we find out why the characters are right to prefer their pasts all stowed away.