Featured: Listen to Our Reviews of All Nine Best Picture Nominees for 2018 Oscars 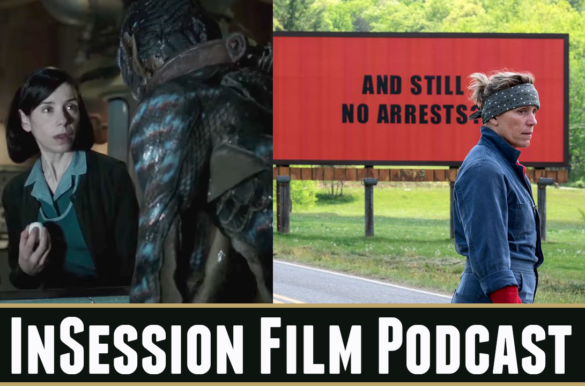 Last week The Academy unveiled their nominations for the 90th Oscars that will be presented on March 4th, 2018. As always, there were a few snubs, but for the first time in a long time the nominations from top to bottom were pretty great. The Best Director category was especially exciting with the nominations of Greta Gerwig, Jordan Peele and Guillermo del Toro. As for Best Picture, it overall wasn’t too bad despite there being no love for The Florida Project. Hell, five of the nominees were in my Top 10 of 2017 and another was in my #11 spot. So it’s fair to say that we are big fans of this year’s crop of Best Picture contenders.

As usual, each of these films will now receive more notoriety and more people will venture off to see them. Some of them are still in theaters, while a few them will now get re-releases, getting more eyeballs to view their greatness and place in history. So we’ve placed our reviews of each film here in one post for those interested in hearing our thoughts. We hope you enjoy listening!

Three Billboards Outside Ebbing, Missouri / The Shape of Water

Call Me By Your Name