Featured: Listen to Our Reviews of All Eight Best Picture Nominees for 2019 Oscars 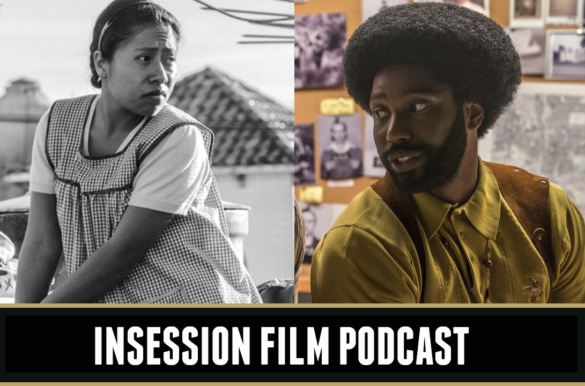 Earlier today, The Academy unveiled their nominations for the 91st Oscars that will be presented on February 24, 2019. The last two years seemingly suggested that The Academy had turned a corner in terms of quality and forgoing typical Oscar-bait movies of the past. However, today’s nominations have given pause to that notion and make you wonder why things have regressed slightly. Of course, you may feel differently than we do on films such as Green Book and Bohemian Rhapsody, but they seem like films from yesteryear and take up space for more quality films such as First Man, If Beale Street Could Talk, Widows, First Reformed, Leave No Trace and other quality films. That said, Marvel having a Best Picture nominee is incredible. Think about that for a second. And it’s a well deserved spot for Black Panther. It’s also great to see Spike Lee and Alfonso Cuaron back in the mix for the top prize. Lastly, it’s great to see Yorgos Lanthimos getting his due as well with The Favourite.

As usual, each of these films will now receive more notoriety and more people will venture off to see them. Some of them might still be in theaters, while a few them will now get re-releases, getting more eyeballs to view their place in history. So we’ve placed our reviews of each film here in one post for those interested in hearing our thoughts. We hope you enjoy listening!

A Star is Born

On rare occasions, the credits of a film will roll and you feel a sense of relief that... Read More »

As someone from Scotland, I should be ashamed that I am unfamiliar with the works of David Byrne,... Read More »

Autism can be defined by many different aspects of life that become hindered and is quite common for... Read More »