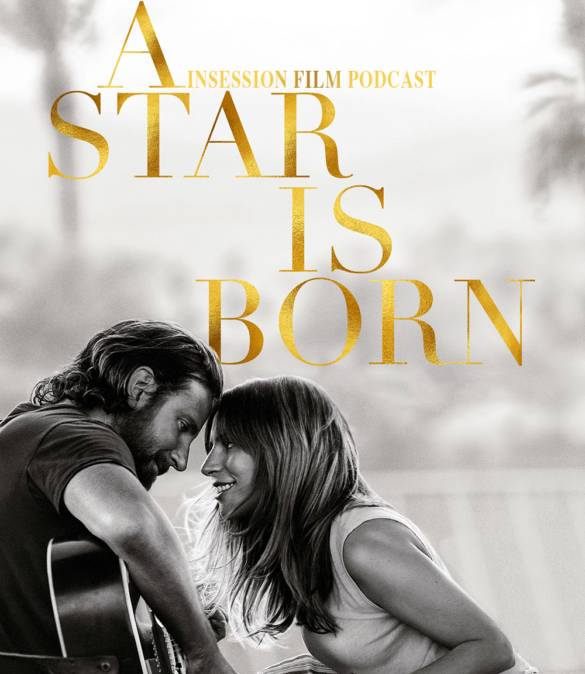 This week’s episode is brought to you by Freshbooks. Sign up today and get your first 30-days free!

This week on the InSession Film Podcast, Erik Anderson from Awards Watch joins us to discuss Bradley Cooper’s directorial debut in A Star is Born and our Top 3 musical performances in film! JD also gives his thoughts on The Hate U Give and we talk about movie remakes for our poll.

Hugh thanks to Erik for coming on the show this week, we are big fans of his work and he did not disappoint at all. We had a great time and look forward to getting him back soon. Regardless of how you feel about A Star is Born, we are confident (or at least hopeful) you’ll enjoy the conversation.

– Notes / JD Reviews The Hate U Give (47:25)
One of the best surprises of 2018 is a little known film from director George Tillman Jr. called The Hate U Give. The reviews have been very positive and JD wanted to add his voice to that chorus of praise and give a few reasons for you to see it this weekend.

– Top 3 Musical Performances (1:02:16)
Often times when you think about “musical performances” in film, you think about great musicals such as Singin’ in the Rain or The Sound of Music. However, for this list, we did not consider traditional musicals in the vein of those films, but rather we considered the musical components from narrative dramas that heavily influenced its characters in one way or another. And even more specifically, we did not look at the acting performance per se (although that’s a part of it), but rather the performance of the music itself and how that drives certain scenes or sequences. So, a lot of criteria this week but it made for an interesting look at music in film. That said, what would be your Top 3?