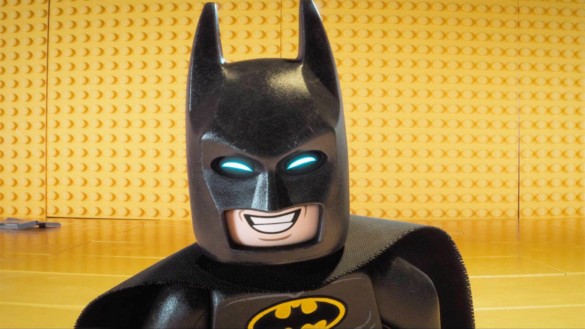 So far 2017 has been off to a rather tough start, especially compared to early 2016. If you exclude late 2016 releases that have expanded early this year (such as Paterson, The Founder, 20th Century Women and Silence), we’ve mostly been exposed to bad franchise sequels or terrible horror films. The only good thing about 2017 at this point, is M. Nigh Shyamalan’s Split, a film I quite loved personally.

Well, all that changes this weekend as we get both John Wick: Chapter 2 and The Lego Batman Movie. These two films not only look great, but they are getting pretty good reviews as well. Some critics are even elevating John Wick to “icon” status based off his two films. I haven’t seen John Wick 2 but I’m not sure I can go that far, yet. That said, I really liked the first John Wick as well as the first Lego Movie. Both films came out in 2014 and were big highlights of that year for us. So, it’s pretty exciting that we are getting sequels to both of those aforementioned films this weekend.

John Wick came out near the end of 2014 and it wasn’t anything I was holding in high regard before seeing the film. All of a sudden though, it started getting rave reviews and film Twitter especially went crazy over it. After watching the film, I could sympathize with why people went for it. As an action film, it’s rather tropey, but the film excels in execution of those tropes while presenting a very unique world. Additionally, the fact that Wick went off because his dog was killed made me very happy. It feels weird to say this since John Wick is an action film at its core, but the film did have some emotional tug that felt genuine. I mean, it’s no Warrior, but still it was effective.

As for The Lego Movie, it was by far one of the biggest surprises of 2014. The premise seemed odd at the time. How were they going to make a film based off of Lego’s? Well not only did they make an entertaining animated film, but it was one of the best movies of the year, period. The fact it wasn’t nominated for an Academy Award is absurd. Now, I would argue that there were three better animated films that year (don’t hate me please!), but the film deserved a nomination still. Either way, it’s a great film and I love it. And no question that Batman was one of the best parts about that experience.

I’m usually dubious about spin-off films, but this one feels appropriate. The Lego movie world, if you will, is vast and doesn’t have to be restricted to continuity. There are so many great things you could do with a Batman Lego movie that you probably couldn’t with a live-action Batman film. So this should be fun. As for John Wick 2, just give me more kick-ass action and I’ll be happy.

What about you? Are you excited for these two films?