Featured: Anticipating ‘It Comes at Night’ and (ugh) ‘The Mummy’ 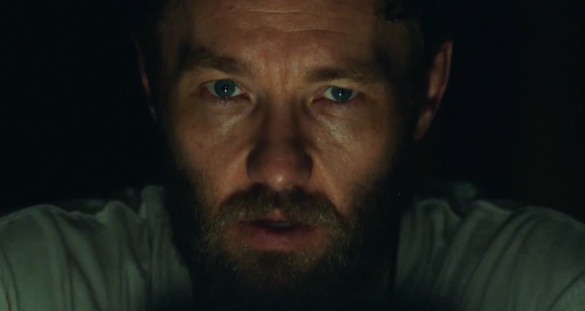 This weekend sees the release of another horror film by the great studio A24 in Trey Edwards Shults’ It Comes at Night. This is exciting on many levels. One, A24 is a studio that is quickly revolutionizing its own identity, similar to Pixar. If you look at their filmography, it’s an embarrassment of riches, which is why our poll question this week has exploded – it’s an impossible question to answer. Additionally, A24 is no stranger to the horror genre. The Blackcoat’s Daughter received decent reviews, but Green Room and The Witch were both very successful critically and financially. The Witch in particular really struck a chord with me, and eventually it ended up in my Top 10 of 2016. And if you’re in that same camp, then prepare yourself as by many accounts It Comes at Night is similarly structured as The Witch in terms of approach and characterization. If that’s true, my anticipation couldn’t be any higher, especially in the hands of A24 and the great directors they work with creatively.

Speaking of, another reason to be excited for It Comes at Night is Trey Edwards Shults, who directed last year’s Krisha. Krisha isn’t a conventional horror film, but the emotional terror of that film is its main driving force. So to see Shults dive head first into the genre directly is no surprise. If Shults is able to capture the visceral and gripping tension of Krisha, and combine that with the same psychological and familial torment of The Witch, It Comes at Night could be very special.

Last but not least, another big reason to be excited for Shults’ new film is its cast. Joel Edgerton is also no stranger to horror, and by God does he look wonderful in this film. His ability to render fatherhood in the midst of tragedy looks very promising based on the trailers for It Comes at Night. In a general sense, he’s a great actor, and one that is on fire right now with his performances in Loving, Midnight Special, Black Mass and especially The Gift – another horror film of sorts. Alongside Edgerton, we’ll also see Christopher Abbot, Carmen Ejogo and Riley Keough, so a pretty great lineup there.

If the reports are true, It Comes at Night could be one of the year’s best films so far and it’s hard to not be excited given the aforementioned reasons.

The Mummy on the other hand, oof, that looks terrible. And reviews are not good. Like at all. Some critics have even claimed that it could be the worse movie of Tom Cruise’s career. Either way, if there’s a legitimate debate there, that’s not good. I also can’t say that I’m surprised given that The Mummy is directed by Alex Kurtzman, a first time director for a tent-pole film and a writer with horrible credits to his name – including The Amazing Spider-Man 2, Transformers, Cowboys & Aliens and others.

Universal’s Dark Universe was “supposedly” to kick off with Dracula Untold, however given the failure of that film, they decided to simply reboot everything. Despite a great cast and a bigger budget, it doesn’t look like The Mummy is going to have a better start. That said, The Mummy will feature Jake Johnson, and that already makes it better than Dracula Untold.

Which film are you most excited for this weekend? (Please say It Comes at Night)

Here’s what else you can see at the box office this weekend:

ICYMI: On #224 we discussed the greatness of Wonder Woman and our Top 3 acts of heroism in film!