Movie Review: Wonder Woman is riveting on every level 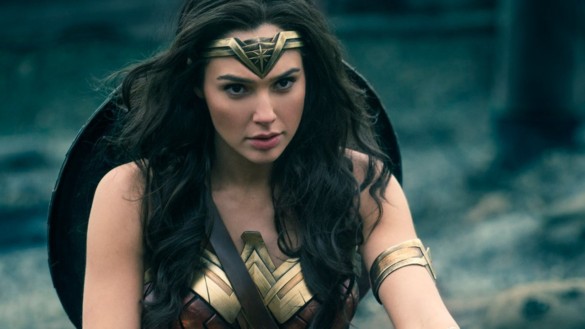 Synopsis: Before she was Wonder Woman she was Diana, princess of the Amazons, trained warrior. When a pilot crashes and tells of conflict in the outside world, she leaves home to fight a war to end all wars, discovering her full powers and true destiny.

Patty Jenkins’ Wonder Woman is the best installment in the DC Extended Universe and also the first incredible summer blockbuster of 2017. With a charismatic cast, thrilling action sequences and just an absolutely enjoyable film all around, Jenkins and the rest of the Wonder Woman team seem to have broken the DC mold. Crafting a heartfelt and honest story, Wonder Woman takes us back to the classic superhero origin story.

When Diana (Gal Gadot), princess of the Amazons, rescues a World War 1 pilot from drowning she is thrust into a war that is meant to fulfill her destiny. Chasing down Ares, the God of War, Diana begins her hunt for the malicious god right in the heat of the first world war. Chock full of emotional moments and powerful storytelling elements, Wonder Woman has a little bit of something for everybody.

The first thing that Wonder Woman smacks you with is how straight forward its story is. Instead of taking the usual DC approach, shoving in a ton of pointless characters, attempting to open up pointless subplots, etc. Patty Jenkins and her team go with a simple, straight forward origin story. Focusing solely on how Diana began her life as a young amazon girl who desperately wants to train in the ways of battle. To her being trained vigorously to become the greatest warrior of them all. And finally to her courageous and heroic effort and ultimately defeat of Ares. Wonder Woman does not take the focus off of Diana for even the slightest moment, the film begins with her in the spotlight and ends with her in the spotlight.

Which leads into the incredible performance that Gal Gadot gives as Diana. Gadot is absolute dynamite on screen. With her innocence to the outside world, I.E. the ice cream scene, to her being just an absolute badass in every single fight scene, Gadot masterfully takes up the Wonder Woman mantle and wears it proudly. Giving emotion on literal opposite ends of the spectrum: joy, anger, sadness, anything and everything in between Gadot nails it. Her nuanced facial expressions and subtle vocal switches when delivering dialogue prove that Gadot is a force to be reckoned with and deserves to wrangle in every role ever.

The one hurdle that Wonder Woman does not make it over is the runtime. The past few DC films typically go on a tad too long and Wonder Woman also sadly drags a little. Now this does not ruin any of the overall enjoyment or impact of the film, there are just a few dragging moments that could be cut either shorter or completely out. That being said every other flaw that past DCEU films have had, are no where near any of the content in Wonder Woman. Wonder Woman is its own cinematic universe and soars high above Suicide Squad, Batman VS Superman AND Man of Steel.

One thing that is clear and present in this film is sustainability. A problem shown with all superhero movies lately, not just DC, is the ability to have that film stand on its own. Typically the superhero films that release now a days must set up their larger universe and have a loose ending that will allow setup for the next film in said universe. Wonder Woman does not take this approach. Showing Diana in present day, to the entirety of her origin and then returning to present day Diana, the film bookends flawlessly. With no plot holes or loose ends that they have to worry about tying up in the next film, Wonder Woman ends on a perfect note. Creating a world that is solely Gal Gadot’s and Patty Jenkins’ is both refreshing to see and immaculately crafted.

Wonder Woman is a near perfect superhero film, that lacks just a bit in its runtime. Despite its few dragging scenes, the action is intense and entertaining, the story is simple and emotional, Gal Gadot is absolutely dynamite in the role, and everything about the film is spectacular. Proving the point even further that we should have both female lead action films and female directed blockbusters, Wonder Woman does not disappoint in anyway shape or form. Resurrecting the DCEU and giving hope to both fans and non-fans of the DCEU, Wonder Woman is the first smash hit summer blockbuster.

Hear our podcast review on Episode 224: