Box Office Report: Monsters U. stays at No. 1; The Heat has solid debut 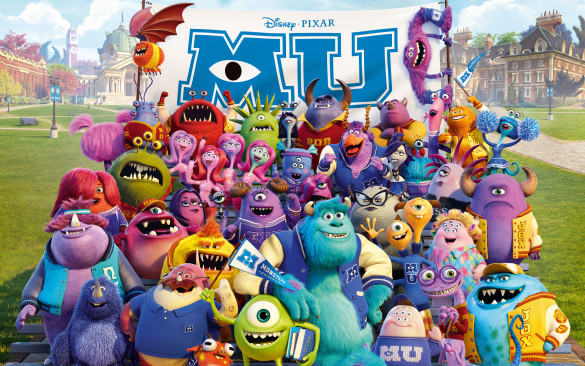 Don’t mess with the monsters of Monsters University.

After a huge debut last weekend, Walt Disney and Pixar’s latest remained at No. 1 by grossing $46.1 million for an impressive $171 through 10 days. Monsters University, which opened with $82 million, is on pace to easily surpass 2001’s Monsters Inc. ($289 million).

The R-rated buddy-cop comedy The Heat opened up big for 20th Century Fox with $40 million to come in second, making it the largest debuts for both Melissa McCarthy and Sandra Bullock. The Paul Feig-directed film is a lot of fun with great performances and chemistry from McCarthy and Bullock.

Coming in third was Paramount’s World War Z with the Brad Pitt-starring zombie film grossing $29.8 million to bring its total number to $123.7 to date. After its $66 million opening last weekend, a sequel has already been planned.

Roland Emmerich’s White House Down debuted in fourth with just $25.7 million, making it Sony’s second dud of the summer after After Earth. The similarly themed Olympus Has Fallen opened to $30.3 million earlier this year and that could’ve had some effect on White House Down‘s numbers. White House Down is a decent summer action film with fun moments and good performances from Channing Tatum and Jamie Foxx.

It will be hard for Monsters University to make it three straight weeks at the top as new releases for the July 4th holiday week include The Lone Ranger and Despicable Me 2, both of which should have pretty solid weeks.