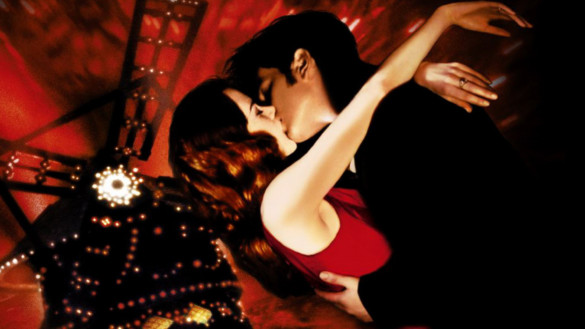 Where and when we watch movies are crucial to how much we enjoy them. By rewatching a film, our opinion on it can drastically change. We can appreciate things we never saw before, feel like we’re watching an entirely new film, or our estimations can plummet, and we question why we ever liked it in the first place.

In this column, I’m going to be revisiting some of my least favorite movies. I want to work out what I disliked about it in the first place, and whether I find those aspects still troubling. I want to reflect on what about me has changed since my last watch, and whether or not I appreciate it more. I want to give a fair and balanced assessment to films I could very easily, completely write off and never think about again because every film deserves a second chance.

When I first saw Moulin Rouge! (2001), huddled around a TV on my first night in a new flat, our group was onto our third or fourth bottle of wine, and we were experiencing a giggly mass-hysteria. On reflection, it seems the exact right way to watch a Baz Luhrmann film.

When wannabe-Bohemian writer Christian (Ewan McGregor) moves to Paris, he falls madly in love with dazzling courtesan Satine (Nicole Kidman), the lead dancer at the titular exuberant cabaret venue. But alas! Satine is promised to a controlling Duke (Richard Roxburgh), and her relationship with Christian must remain secret if they ever want to seize that elusive happiness. Also, Satine has tuberculosis, just in case you thought there wasn’t enough melodrama to go around.

I love a good musical. I was even a passionate defender of Tom Hooper’s Les Miserables (2012) until I saw any other production of it (seriously, Tom, my high school did Les Mis better than you). From West Side Story (1961) to Hairspray (2007), I genuinely believe you can heighten the drama and fun of old stories by working in a series of musical numbers. On paper, I was primed to love Moulin Rouge. A great cast helmed by the king of excessive production design, a series of anachronistic modern hits laced through a century-old story, I was already on board.

Unfortunately, Luhrmann’s off-the-wall, whiplash-inducing, half-opera, half-Bollywood jukebox musical fell flat for me. I found it irritating, indulgent, and tedious. I wasn’t convinced that dropping countless modern music references into a period film was as smart as Luhrmann thought. In my university days, I was surrounded by musical theatre fanatics. Their repeated insistence on playing and performing the ‘Elephant Love Medley’ at parties had given me the wild idea that the movie was any good. I have since learned not to trust their taste.

And so, without wine, I sat down to give the most Luhrmann film Luhrmann has ever Luhrmann-ed another go. How did it fare on a rewatch? Was I swept away by the glittering technicolor? Did the songs finally make my heart swell? Did I like it any better?

Yes. Technically, yes, I did. Would I say it’s a good film? Probably not. But we’re making baby steps.

There is a staggeringly small amount of story in this film. I find the portrayal of Bohemian life pretty irritating at the best of times, but at least most films have something concrete to say about the ideology. Moulin Rouge chooses to merely pay lip-service to the revolutionary themes at its core, a superficial backdrop to hang behind the film’s main concern – the romance. But even the romance feels insignificant. Barely any work has gone into fleshing out the characters, giving them layered backstories or substantial motivations. Luhrmann wanted to engender great swellings of feeling in the audience, rollicking from obvious melodrama to broad comedy and pockmarking the narrative with recognizable songs. Rarely, however, do the emotions he so obviously wants you to experience ever feel earned. Instead, Moulin Rouge feels like a slideshow of sentimentality, coated with saccharine set dressing and blunt musical cues.

The first half of Moulin Rouge is excessively annoying. The characters are grating, the dutch angles give you a headache, and the humor is – well, broad would be an understatement. Here’s the thing, though, even if a film’s humor is really broad, you still need a deft comedic director to pull it off. A scene where Christian hides behind Satine’s negligee to avoid being spotted by the Duke is painfully awkward, with not a single actor giving any sign that they’re comfortable with the material.

When we got to the ‘Elephant Love Medley’ I had heard countless times over belted by tipsy musical theatre kids, I was once again disappointed. Satine and Christian sing snippets from famous love songs, quoting The Beatles, David Bowie, and Whitney Huston, to name just a few. But that’s all they’re doing – quoting other songs. This is the moment when we’re meant to be convinced of the authenticity of these two characters’ connection, where we’re meant to be bowled over by the conviction of their passion, and instead, we hear samples from Luhrmann’s ‘All-Time Greatest Love Songs’ mixtape. Christian and Satine are feigning to make a connection with other people’s words, and it just feels artificial when it should be original. There’s no intimacy or genuine feeling. The audience recognizing songs is made a priority overwriting the characters.

The low point of the film comes when our love interests, their rag-tag Bohemian friends, and the cabaret ringmaster Harold Zidler (Jim Broadbent) spontaneously pitch a theatre show to the Duke for reasons I’m genuinely unclear about right now. They perform a clumsy dance and shout clunky lyrics overtop Classical music for what seems like nine hours, and the whole thing reeks of being underwritten and overplayed.

But here lies the fundamental problem with critiquing Moulin Rouge. Musical numbers and dialogue may be ridiculous and annoying, but it is undeniably admirable that everyone approaches the nonsense with complete dedication. There’s no question that everyone is on board for the silliness, and no-one ever displays any sign that they’re even the least bit ashamed of it. You may find the film embarrassing, but the actors are never embarrassed themselves. Even the Pitch sequence, in all its cringiness, is fuelled by a bare-faced commitment to stupidity that at least manages to hold onto a bit of integrity.

The inspiration for the film came from Luhrmann sitting in on a Bollywood feature when researching A Midsummer Night’s Dream in the 90s. He was transfixed by “how their coolness had been ripped aside and how they were united in this singular sharing of the story.” He started thinking, “Could we do that in the West? Could we ever get past that cerebral cool and perceived cool?” In this aspect, Moulin Rouge is a success. It’s not a ‘cool’ movie; it’s sheer madcap insanity, excessive in a way that some modern audiences find grating. But if it works for you, if you love how modern songs are twisted into a period setting, if the lights and colors and costumes thrill you, then I can’t deny this film has something really special at the heart of it.

Personally, the most significant change between my watches (apart from levels of alcohol consumption) was that the first time I saw Moulin Rouge, for wine-related reasons, I must have stopped paying attention to the final act. Because of my rewatch, I noticed that the last third of this film is fantastic. From the moment that a tango cover of The Police’s Roxanne rings through the air accompanied by powerful strings and a gravelly-voiced Argentine (Jacek Koman), I was hit by the full force of the bristling melodrama. There were suddenly emotional stakes! Our characters were being deceitful, envious, passionate. The operatic qualities were being dialed up, and I found myself enjoying everything that proceeded, leading to an emotionally explosive and gripping finale. The excess in the last act felt less congratulatory and more melancholic. Against my better judgment, I was finding it a lot more compelling.

You can’t argue that Moulin Rouge is stupid. You can’t protest that it’s ridiculous, contrived, overly flashy, and melodramatic, with paper-thin characters and a plagiarized plot. You can’t make these arguments, not because they’re untrue (they’re very true), but because Lehrmann and everyone involved knows these flaws exist, and they wear them with pride. The film is unassailable and impenetrable; it is triumphantly indignant and courageously simplistic. It is dedicated to a singular cause – fun. It didn’t entirely work for me, but I’m not going to deny I had fun along the way. Moulin Rouge is equal parts confounding and exhilarating, but I was left feeling more satisfied than my previous watch, and I’m glad I gave it another go.