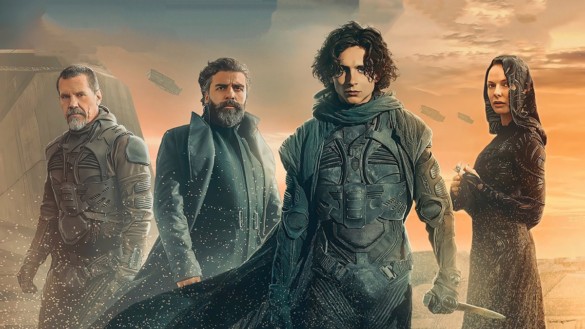 This may be one of the most interesting years for the Best Sound category at the Academy Awards. For one, this is the first year since 1962 that only one award is given out to Sound, blending both the Sound Editing and Sound Mixing awards. Secondly, with the sort of year that this has been, it is going to be very hard to predict this category until closer to the awards. Not only are we uncertain if certain films will release in time to qualify for this year’s awards, but the typical genre films that are usually locks for this category aren’t the films being talked about for Oscar potential. We don’t have a war film like Dunkirk or 1917. We don’t have a space movie like Interstellar or Ad Astra. We don’t have a car film like Ford v. Ferrari or Baby Driver. We are even struggling with musicals now that West Side Story has been postponed to December 2021. However, I think I have managed to come up with five films that, if released and pushed right, could make the list for Best Sound at the 2021 Academy Awards.

As I highlighted in the opening of this piece, the Academy loves to choose a war film to win the Sound categories. It’s hard to argue against the technical skill it takes to create the gun effects and get the balance right between blasts and dialogue. That is why I could see a situation (if Netflix campaigns it right) where Spike Lee’s Da 5 Bloods makes it into the nomination list. If we are going to have a war film make the list, it surely has to be this one.

No Time to Die

If this film does end up releasing in November as planned, this is the safest bet for the Best Sound win. Not only has the previous Bond films, Spectre and Skyfall, both won for Sound Editing of their respective years (even if Skyfall was a tie with Zero Dark Thirty), but there is no other film of that style that is releasing this year. Guns, technology, cars, it has everything a Best Sound win needs to have in the mix.

Regardless of the quality of the film, the script, or the performances, the trailer alone was enough to convince several people that Villeneuve’s Dune is a technical player in many categories. Best Visual Effects, Best Costume Design, Best Production Design, it’s leading them all. Therefore, it shouldn’t be much of a surprise that it has a real shot at also landing the Best Sound award in such a year that is unpredictable. Of course, this is all dependent on if the film does release in December or is pushed back to later on in 2021. With a big-budget film like this, they need to release it when it can be profitable.

Whilst this is sight-unseen, and also sadly timed due to the passing of Chadwick Boseman, I could see Ma Rainey’s Black Bottom being a surprise contender in numerous categories, but particularly Best Sound. Not only is this film going to get a big push in categories such as Best Supporting Actor, but this is a film about music. With both musicals slated for this year (In The Heights and West Side Story) pushed back, it gives this film breathing space and also a chance to get into this category.

When it comes to the technical prospects for Mank, it is certainly going to help that it is a film about making films. Whilst it will not be the most show-stopping of the lot, there are several aspects that could help get Mank the nomination. For example, it is worth noticing that this is a film directed by David Fincher. When a Fincher movie gets a lot of nominations (such as The Curious Case of Benjamin Button and The Social Network), he usually gets his films in for Best Sound Mixing. This is also a weaker year for the category, so it may be easier than ever for a film like Mank to score this nomination.

So much can and will change between now and February 2021, when the eligibility period ends for this year’s Academy Awards. Some of these films may not get released in time, or another film may come out and surprise. One thing is for sure though, I will be utterly surprised and shocked if Tenet makes it into the line-up.