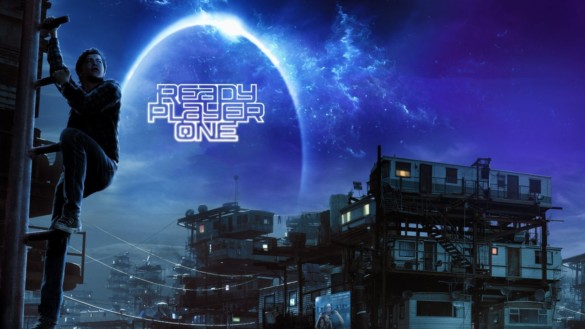 Like any great marching band field show, it is sometimes epic and grand, and other times smaller in scale and much more melodic. And if that isn’t the most obvious film analogy for “blockbusters” and “indies” then I don’t know what is. The month of March may be a time for warmer weather and celebrating Irish heritage, but the cinematic parade is one also worth watching and celebrating this month; just don’t substitute it for spending time outside and honoring Saint Patrick.

I swear, these early months are getting more competitive and bountiful every year, and March 2018 does little to break that trend (in fact, it doesn’t break it at all). Filled with grand films that would make some summer movies bend over and cry, and indies of potentially striking humanity, here’s what to look out for this month.

The month opens in thrilling fashion, literally, with a pair of action thrillers. Director Francis Lawrence (I Am Legend and the latter Hunger Games films) reunites with Jennifer Lawrence for Red Sparrow, a spy thriller with a perceived visceral intensity. Early talks suggest the film is quite good, contrary to popular belief (the trailer certainly indicates a sense of been-there-done-that), and with a cast that also includes Joel Edgerton and Jeremy Irons perhaps this thriller will be more forcefully felt than it has any right to be. It must be better than the Death Wish remake, right? If I’m a betting man, I’ll go with the Lawrence’s (they’re unrelated, by the way).

The month also continues February’s approach at ethnic diversity; that film last month was Black Panther, and this month it is Ava DuVernay’s adaptation of A Wrinkle in Time. While I’m not hugely passionate about the source material (I only read it once back in elementary school), it’s names like DuVernay, Oprah Winfrey, Gugu Mbatha-Raw, Chris Pine, Reese Witherspoon, Mindy Kaling, and newcomer Storm Reid that has me excited. It has also been confirmed that Sade will contribute an original song for the film (swoons). Unfortunately, early buzz indicates the film may only be a visual marvel but a narrative disappointment, as we are all hoping for blockbuster miracles for Ava DuVernay as a director (I still say she should’ve been given a Star Wars film). Perhaps if you’re looking for more guilty fun during this same weekend, maybe Gringo (starring David Oyelowo, Charlize Theron, Thandie Newton, and Joel Edgarton, also directed by Edgarton’s own brother) or the ludicrous The Hurricane Heist (just that synopsis alone) will satisfy that craving.

Let us also not forget we are getting a sequel to Pacific Rim, in Pacific Rim: Uprising. And no, Guillermo del Toro is not returning, but we do get John Boyega as our new hero. Say what you will about these movies, but they are clearly self-aware in their stupidity, and I expect Uprising to feel no different (and none of us want it any other way). Giant monsters fighting giant robots…yup. Though we may need something to counterbalance Pacific Rim’s absurdity, so perhaps the latest thriller from Steven Soderbergh Unsane with Claire Foy (all shot on an iPhone) will give us that kick into seriousness; or the teenage love story Love, Simon, starring Nick Robinson will have some well-earned schmaltz to give us. But the burning question, can we finally get a good video game adaptation to the big screen? If the trailers for Tomb Raider (starring Alicia Vikander) are any indication, I’m thinking no; I’ve been fooled twice too many with Warcraft and Assassin’s Creed.

Last, and certainly not least, we must talk about Steven Spielberg, and his depiction of Ernest Cline’s nerd-gasm of a novel Ready Player One. A film that serves as the summation to all things blockbuster (dating all the way back to the 1980’s), it makes sense to end a month with this one, and even more sense to have Spielberg direct it (he practically owns many of the properties this film will reference). This, however, raises a crucial question; how much nostalgia is too much nostalgia? Will Ready Player One still function as its own unique sci-fi adventure, or will its homages take control? But for a film all about nostalgia, is that then okay? All I know is I got a little giddy seeing the Iron Giant in the trailer, but then a little less giddy when I counted homages amidst every frame; if maneuvered with taste, perhaps this will be Spielberg’s successful revisiting in sci-fi filmmaking, of which we haven’t seen since A.I. Artificial Intelligence and Minority Report.

Just as it is with every month, the indie circuit rings just as strong and prominent, if you know where to look. But in this case, when a name like Wes Anderson is involved, you don’t have to look very hard. Anderson’s latest, Isle of Dogs, is yet another stop-motion animated goodie, already receiving high marks (or barks) after premiering in Berlin; given Wes Anderson’s last dabbling in stop-motion was Fantastic Mr. Fox (my personal favorite of his), this serves as both exciting but not surprising news. With a cast so extensive it served as its own joke in trailer, be sure to expect a unique spin on the classic boy-and-his-dog tale, filled with canine cuteness and Japanese politics (why not?).

Also within the early weeks of March, I suggest you look out for the thriller Thoroughbreds, the debut film from Cory Finley about the rekindling of an unlikely female friendship; also starring Anya Taylor-Joy, Olivia Cooke, and the late and great Anton Yelchin, in one of his final roles before his saddening death. If this deems too dour for you, look to the political satire The Death of Stalin, co-written and directed by Armando Iannucci (In the Loop) and starring Steve Buscemi, Jeffrey Tambor, and Andrea Riseborough; following the Soviet dictator’s last days, the film is already a huge hit with critics. Also look out for one of last year’s hit foreign language films in Foxtrot, the Israeli drama about a troubled family dealing with the ramifications when something goes wrong at their son’s military post.

But to quickly round out a few others with great potential: the latest from A24 Lean on Pete, from 45 Years helmer Andrew Haigh, appears to be a tender boy-and-his-horse story, starring the likes of Charlie Plummer, Chloe Sevigny, and Travis Fimmel; Flower, a film of romantic and comedic innocence starring Zoey Deutch (said to give a great performance) alongside Kathryn Hahn and Adam Scott; the war epic Journey’s End with Sam Claflin, Asa Butterfield, Toby Jones, and Paul Bettany, from The Duchess director Saul Gibb; Final Portrait, the biography of Swiss painter Alberto Giacometti starring Geoffrey Rush and Armie Hammer, directed by Stanley Tucci (yes, that Stanley Tucci); the thriller Gemini from Aaron Katz, starting the great Lola Kirke, Zoe Kravitz, and John Cho; and lastly Outside In, a new drama from Lynn Shelton (Laggies, Humpday, and Your Sister’s Sister) starring Edie Falco and Jay Duplass.

This March has almost too much to offer, though for cinephiles that may be a good problem to have. But if the month fails to deliver upon the above expectations, at least we are one month closer to witnessing an epic Infinity War. Because God help us, this coming April looks like a disappointment already, but more on that next month.