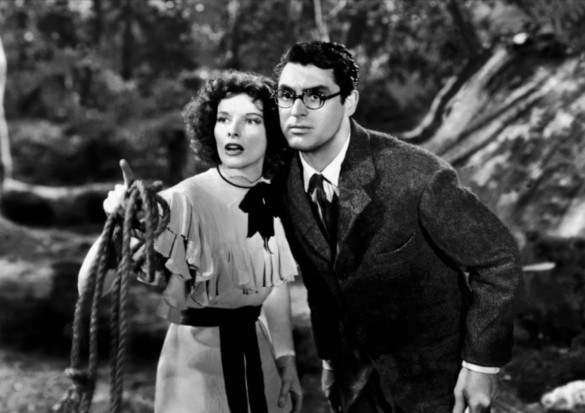 The dizzy dame is a character type who frequently appeared in 1930s screwball comedies. Golden Age legends like Irene Dunne, Carole Lombard, and Jean Arthur were able to play women who were impulsive, funny, charming, irrepressible, occasionally annoying, and lacking in self-awareness. Heroines who could have been categorized as ‘ditzes’ became daffy, loveable, and full of the sort of idiosyncrasies that would go on to characterize the anti-heroes of 1970s arthouse cinema. These actresses were given the difficult task of getting us to empathize with women who cause pain and destruction. They had a difficult tightrope to walk and if they screwed up, audiences could completely turn against their characters and the films they were in.

Katharine Hepburn was an actress who had a love-hate relationship with the American public in the 1930s. She first gained fame by playing characters who were very similar to herself. They tended to be haughty, upper class, arrogant and eccentric. These qualities were admired when she was just a pretty young thing breaking into the industry but by the mid-1930s, audiences hungered to see her playing characters who had their confidence knocked down a bit. People started to resent her wilfulness and lack of bashfulness in the presence of her leading men. This is why it was so risky for her to appear in a romantic comedy where she played a character who was potentially detestable. Bringing Up Baby (1938) wasn’t financially successful in its time and it contributed to Hepburn’s late 1930s downfall, but it has become one of her most enduring classics in the decades following its release. Maybe it’s because modern critics are more open to the idea of a heroine being a flawed figure who doesn’t need to completely change herself for the man she is with.

Hepburn’s flawed heroine is Susan Vance, who is described as a “Flutter-brained vixen” on the film’s poster. She’s flighty, ignorant, selfish, manipulative, dishonest, and overbearing. When she stumbles into the life of David Huxley (Cary Grant), a meek, stiff paleontologist, he doesn’t quite know how to deal with her. She is immediately smitten with him and decide that she must have him for herself. He is already engaged to Alice Swallow (Virginia Walker) and meets Vance just a few days before their wedding is scheduled to take place. She steals Huxley away from his fiancée by convincing him that he needs to help her transport her pet leopard, known as Baby, to her farmhouse in rural Connecticut. Once they reach the farmhouse, she plots to keep him around for as long as possible so she can seduce him. 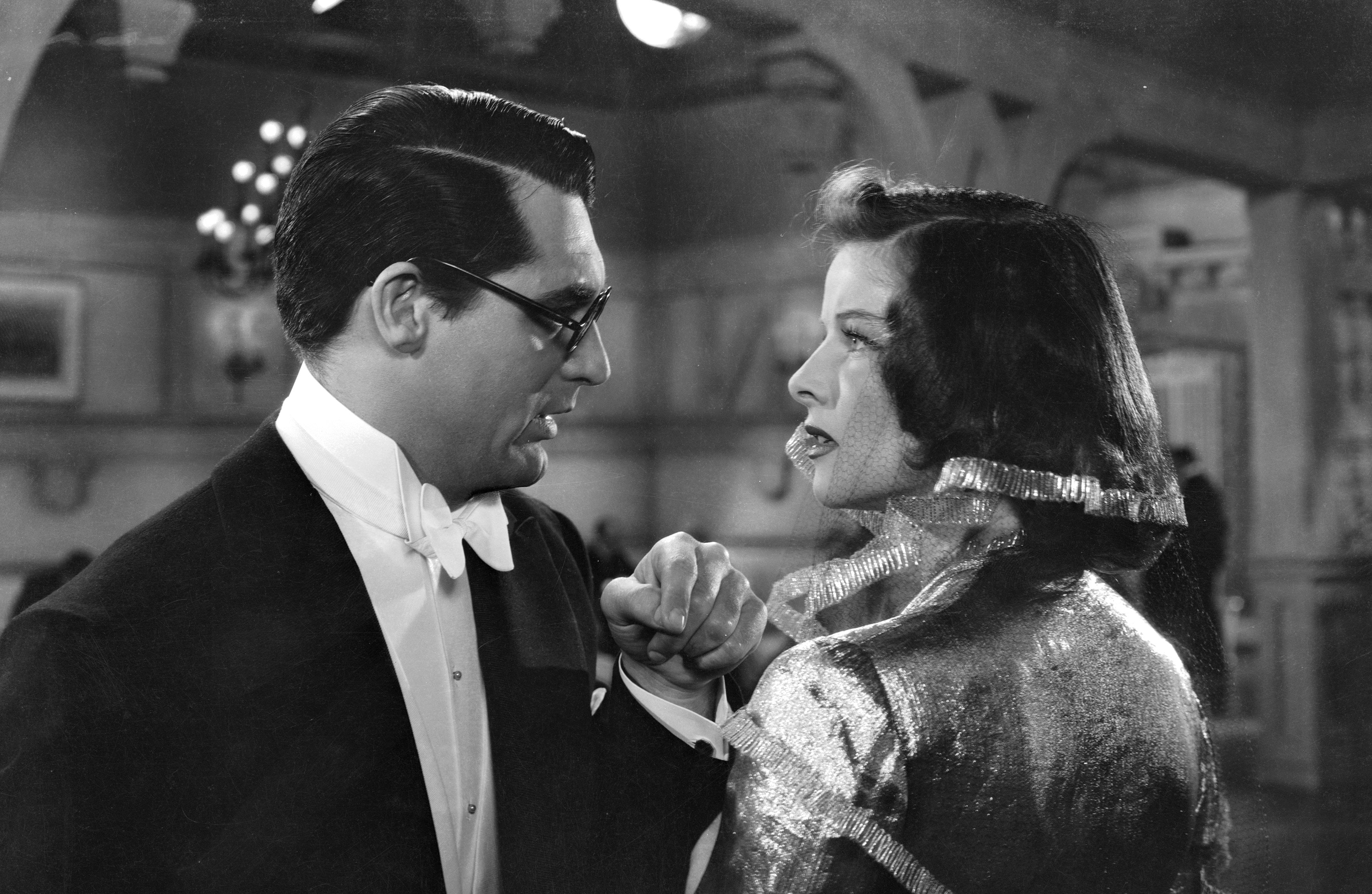 Like most screwball comedies, the plot exists as a foundation upon which zany, outlandish characters and hilarious gags can battle for supremacy. The real wonder of Bringing Up Baby is that the script seems to value characterization over jokes and easy punchlines. Both of the main characters have their own little character arcs and there is a feeling of consistency in the way that they are developed. There was never a point where I felt as though they were acting out character in order to make some contrived laugh line work. By the time Vance plunged into the depths of a river after assuring Huxley that it was simply a shallow puddle, I could point at the screen and declare “That’s such a Susan thing to do!” I think it’s always a good sign when audiences can feel this sense of familiarity with, and affection for the characters developed in the screenplay. They weren’t mere chess pieces that could be moved around the screen like props. Both Vance and Huxley feel like living, breathing human beings who are deserving of our sympathy, this creates deeper engagement with the film and ultimately, more enjoyment.

As strong as the script is, this really doesn’t work without Hepburn. Her performance is miraculously free of many of the tics that she often fell back on. Her eyes don’t well with tears at any point and she doesn’t tip her chin upwards and direct a scornful glare at anybody. The extreme physicality that we associate with her early work is on full display and she manages to reflect her character’s emotional state through some of the gymnastic moves that she performs. Vance’s relentless optimism can be seen in the way that Hepburn will pick herself up and dust herself off at an alarmingly quick pace, shortly after being involved in a horrible accident. You can also genuinely believe that Vance is oblivious to the reactions of people around her. Hepburn’s back never stiffens in the face of criticism and she does seem to exist in her own little world while the people around her gawk at her. She’s always completely in control of her body language and the tenor of her voice, which creates the illusion of her fully slipping into character. Hepburn was rarely a transformative actress, and I’m not arguing that she always needed to be, but I admire the fact that she was able to change her approach in order to take on this role.

This has mostly been a lengthy love letter to Vance and Hepburn but I’ll admit that Bringing Up Baby is not perfect. It could do with having a good twenty minutes trimmed off of it and it does drag towards the end. This effect is compounded by the fact that the script’s contrivances become increasingly strained during this section of the film. It’s a shame that it can’t quite maintain the pace that it sets up during the first two acts but it puts in a damn good effort.