Movie Review: ‘Bo Burnham: Inside’ Captures a Moment in Time with Humor and Reflection 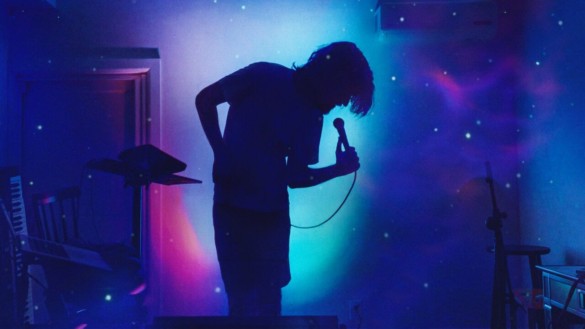 Synopsis: A new comedy special shot and performed by Bo Burnham, alone, over the course of the past year.

When I watched YouTube videos of a funny guy named Bo Burnham in high school, it never crossed my mind that he would go on to do all the things he has. After a few hilarious standup specials, supporting roles in films like The Big Sick and Promising Young Woman, and a truly impressive directorial debut with Eighth Grade, he’s carved a reputation for himself as an ultra-talented comedic artist. And yet, somehow he’s topped all of those accomplishments with his latest venture, Inside.

Inside is…a comedy special? A film? It’s a bit difficult to wrap up in a simple defining term. The work, released by Netflix, was made entirely by Burnham and Burnham alone in quarantine as a result of the ongoing COVID-19 pandemic. What results is a meditation on the pandemic itself, U.S. society and injustices, and the digital world, all surrounded by bits of humorous delivery. The passing of time is readily apparent in the film, most notably through Burnham’s continuously growing hair and beard. Though that’s not to say the film is in chronological order, as he employs some fascinating editing techniques to move between periods of time, personal reflections, and numerous musical numbers.

A musical is yet another definition for the work. Burnham spends most of the time singing songs that cross between gut-busting humor and harsh truths. Such is the case for one of the earliest tunes in the film, “How the World Works.” Here, Burnham’s sock puppet Socko delivers a lecture on just a few of the problematic issues with U.S. society, all while Burnham responds with hysterical facial expressions. As with every aspect of the film, the segment goes even deeper as a take on the efforts of white men to maintain power, even those who come off as well-intentioned.

A quick look at the soundtrack, which was recently released to music streaming platforms, shows that 53 minutes of the film’s hour-and-a-half runtime is made up of the songs. But Burnham employs a welcome tactic of including his spoken musings, usually quite deep and sometimes depressing, as well as skits in between the musical numbers. Songs have always been a major part of Burnham’s shows, but some of these skits stand out as a real throwback to his earliest successes. That’s especially the case for a bit in which he poses as a YouTube personality reacting to one of his songs. This results in a sort of domino effect where a new reaction begins every 30 seconds or so, allowing him to share his sensibilities in viewing his own work with each subversion or rejection of the previous reaction.

The YouTube connection shows up again when he acts as an online gamer, playing as himself on a typical, meaningless day in the middle of the pandemic. It serves as an example of the essence of each segment in the film. Burnham is not trying overly hard to be funny. He has an interest in sharing what he believes to be true, whether about himself or the world, and he has a naturally humorous way of delivering that. This is something he addresses in the beginning of the film, as he questions whether there is truly a place for comedy in times like these.

The theme of the internet and social media is a major factor in the special, much like in Eighth Grade. In addition to his acts as a social media influencer, he addresses this directly in perhaps the best song of the film, “Welcome to the Internet.” Here, Burnham sings like a sort of mysterious carnival leader, welcoming the viewer into the online world and all of its qualities and challenges. He essentially encapsulates the nature of the internet in one song, from QAnon conspiracy theories to unsolicited nude photos. The theme also shows up in the funniest song of the film, “White Woman’s Instagram,” which is notable for the vast number of set pieces and costumes Burnham uses for the song alone.

Songs like these work in the film because Burnham is actually musically talented. He works with a number of styles for the soundtrack, and his lyrical rhythm is wonderful. However, as good as the songs are, what may stick with viewers the most are the quiet moments of the film. Throughout, Burnham touches mental health, displaying that he feels emotionally unwell both verbally and visually. Of note is a crushing scene in which he waits for midnight to arrive on his 30th birthday while in quarantine. The entirety of the special is filmed in Burnham’s home, primarily in one small room. Moments like these help heighten the sense of isolation he appears to be feeling and creates a truly palpable and emotional aura.

In addition to all of the magical content, the film also sets itself apart from other such specials with the visuals. Burnham employs numerous camera angles, tinted lenses, and even the use of a projector to display images on himself throughout the film. In short, the movie looks amazing for something shot in a simple home without a set. When considering Burnham did this all on his own, without another writer, cinematographer, editor, etc., it comes off as a bit of a masterpiece of a one-man show. Of course, Burnham gives us a look into this creation as well, not only by speaking to us about the process but also by including scenes of his frustration amongst all the wires and tools of the set.

When putting all of this together, it’s abundantly clear that Burnham has created something truly special. There will certainly be a number of films and documentaries about the COVID-19 pandemic over time, but this may very well end up being the essential work on the tragedy. Burnham accomplishes this by honing in on the emotional impact of the pandemic and revealing himself to viewers in a completely vulnerable fashion. I’ve seen the word “genius” used to describe him. That is certainly fitting, though I think what’s most special about this isn’t his talent level. What the film shows is that, on an emotional and personal level, he’s so much like us as viewers. That’s why one might feel so much joy as the film ends with a glimmer of hope in his little smile.