Movie Review: The Lobster is uniquely absurd, funny and smart 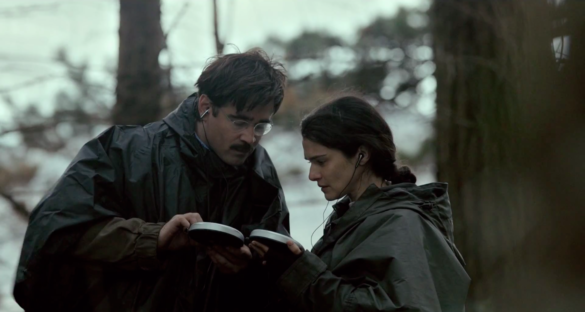 Synopsis: In a dystopian near future, single people, according to the laws of The City, are taken to The Hotel, where they are obliged to find a romantic partner in forty-five days or are transformed into beasts and sent off into The Woods.

If you read that synopsis above and you fail to get excited, then Yorgos Lanthimos is simply not a filmmaker for you. The Lobster has been hailed by many as one of the most original film in years and in some ways, it certainly is with that concept. Lanthimos is no stranger to interesting concepts as it relates to relationships. His 2010 film Dogtooth saw a family where a mother and father wouldn’t let their children leave the house until they were old enough when their “dogtooth” would fall out. A few years later, Alps explored a group of people who started a business where they would impersonate the recently deceased in order to help their clients through the grieving process. Both films are bizarre but fascinating explorations of how relationships rule our lives. The Lobster is no different and it’s one hell of a biting satire on romance.

David (Collin Farrell) has recently divorced from his wife and as the Law states, singe people must be taken to The Hotel, where they must find a romantic partner in forty-five days or they are transformed into the animal of their choosing and sent off into the wild. Once David arrives at the hotel, with is brother who was transformed into a dog after failing at The Hotel, he starts adjusting to his life there and how he can find a partner. The hotel has certain rules though and you must follow them accordingly or there is punishment. After forcing his way into one relationship, which ends arduously, he escapes the hotel to find himself among The Loner group out in the woods. The Loner group has their own set of rules which juxtaposes The Hotel but similarly David is seeking companionship, which he finds in the Short Sighted Woman (Rachel Weisz) and the cost of that could be severe.

Lanthimos isn’t a director known for emotion or romance but The Lobster is romantic in the most bizarre, funny and honest way possible. The relationships depicted in The Lobster certainly have a slight cynical viewpoint, while showing the absurdity of things we consider normal, however it’s well balanced with genuine connection between two people in the oddest of circumstances.

The Lobster, on the surface, works as a social allegory about romanticism but what’s brilliant about the film is how Lanthimos structures the film to give the film an ever evolving dynamic narratively and thematically, which deepens the allegory and shows every side of the coin. The first act works as social commentary on societal expectations of relationships and how they are supposed to look. It features hilarious skits that The Hotel put on to showcase the “dangers” or the “normalcy” of romance and it works as wonderful anti-relationship satire. The second act sees David in The Loner group, which allows its members freedom, unlike The Hotel, but they are not allowed to flirt or engage in romance. The third act becomes something else entirely as well, where Lanthimos’ vision unfolds before your eyes and cynicism starts to peel away for optimism. The climax reflects this idea that singledom isn’t the answer either making The Lobster, in its strange but somewhat hopeful way, feel romantic.

The irony in all of this, given the film’s very original premise, is how thematically it tackles the oldest notions known to man. The Lobster, and its heart, is about human connection. Lanthimos develops a setting where he’s able to strip back all of the distraction of modern living and focus on the instinctual, visceral yearning of what connection does to a person. In the middle of that, Lanthimos also takes time to question the motivation of companionship. Is it just human nature? If we are all “animals” and geared for survival, why do I need companionship? Those are honest and valid questions that Lanthimos never answers but ambiguously just poses throughout the film.

Lanthimos’ storytelling and direction is brilliant but The Lobster‘s success isn’t just about what he brings to the table. Collin Farrell is terrific and perfectly dead pan throughout the whole film. Every action, facial expression, and word of dialogue out of Farrell’s mouth features a dry sense of humor that plays well with the satire but also feels grounded for his character. Rachel Weisz is also very good, especially near the film’s climax where her character is full of nuances. John C. Reilly doesn’t have a lot of screen time but he’s very effective when he is there.

Overall, The Lobster is one of the smartest films of 2016, so far. The writing is intelligent and has some really funny commentary about how romance is perceived today but it’s never too cold. Lanthimos is genuinely interested in depicting how true romance can survive in a world lacking of joy and authenticity. Lanthimos’ attention to details makes the experience even more engaging and gut punching, especially when you see random animals just walking in the background while characters are reflecting or having conversation. As a result, The Lobster is endlessly fascinating with characters you want to see more of and a world that is a truly unique experience.