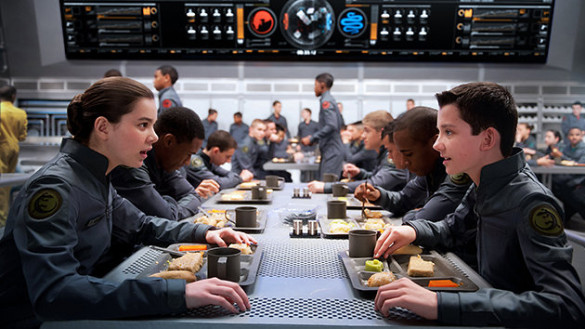 This week on the InSession Film Podcast, the amazing SEO and movie expert Greg Gifford joins us as we review Ender’s Game starring Asa Butterfield and Harrison Ford. We then go into one of our better Top 3’s we’ve ever had with our Top 3 Sci-Fi Movie Scores (Since 2000) as well as do our November Preview and what you can expect at the box office this month. And, of course, we finish of the show with some great topics in our movie news segment and with some movies we’ve seen over the last week.

This week was still a ton of fun and the Top 3 was JD’s favorite one so far. Greg is very knowledgable about Ender’s Game and was perfect for this week’s show. He was very good and it was an honor to have him on this week. Check it out and let us know what you think in the comment section below. Hope you enjoy it and thanks for listening!

– Top 3 Sci-Fi Movie Scores (Since 2000) (34:54)
This was a lot of fun and as mentioned earlier, it was JD’s favorite Top 3 so far as he is a huge Steve Jablonsky fan and movie music fan in general. The lists were a little challenging with so many good one’s to choose from but we came up with some great lists while having a lot of fun discussing it.

NOTICE: The Counsleor was perhaps the most unlikable film of the year for some, but either way we had fun discussing it with Time from the First Time Watchers podcast. Listen to Episode 36 of our movie podcast to hear this review and much more!