Featured: Truth and Authenticity in ‘A Star is Born’ 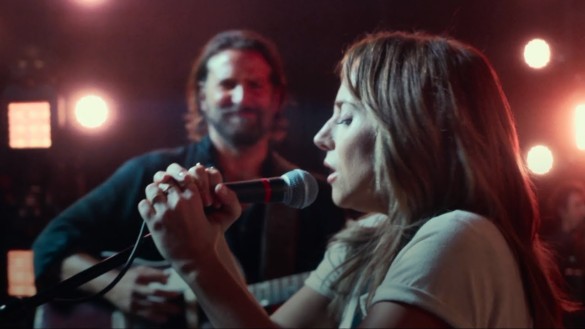 We ask a lot from the movies we see. We want them to entertain us – to push aside the cares of the world for a couple hours. That, in itself, is a monumental ask when you really think about it. On top of that, we also ask movies to inform our lives in some way – to help us understand the world around us. That may be an even more monumental ask. How are we to expect movies, regardless of genre, to accomplish these incredible feats? By what is undoubtedly the greatest request we make upon movies.

We ask them to be truthful.

I was thinking about this after my wife and I watched the latest version of A Star is Born. Written by, directed by, and starring Bradley Cooper, this is a film that will force you to consider what it means for a movie to be truthful. And, in the spirit of truthfulness, I should amend my statement. The star of A Star is Born is without a doubt its leading lady – Lady Gaga. In her debut film role, she absolutely shines.

But if you’re looking for a full review of the film, I’d direct you to InSession Film contributor Rachel Wager-Smith who wrote up a wonderful piece on the film. If I were to write a review, I’d echo many of her sentiments, so I’ll simply save us all the time and direct you to her piece.

Instead, I’d like to focus on the acting performances in the film and, specifically, how they bring out a truthfulness that I am not used to seeing in such films as this. Full disclosure before we go any further: I have not seen any of the previous versions of A Star is Born. Even so, I must admit that I wondered why a film that has been made three times previously warrants another remake.

After seeing this film, I think I’ve found my answer – truth.

A Star is Born certainly tells a fictional tale in that it is not a biopic and doesn’t pretend to tell a “real-life” story. But, for this discussion, I’d like to consider “real-life” tales for a moment. When we hear that a movie is based upon a true story, we still don’t expect the film to follow its story with perfect precision. At least we shouldn’t. Even documentaries are not the real thing. Any film is at least one step removed from real life. There’s always a layer of illusion over top.

On the flip side, when it comes to fictional stories, we still expect them to tell some kind of truth that will resonate in our real lives. They’re still one step removed from reality (some are farther removed than others), but that doesn’t mean that they are absolved of the expectation to tell the truth. Some of the greatest films ever made (Persona comes to mind most readily) have acknowledged and even played into this fact.

Even stories that take place in other galaxies can tell the truth. This basic fact of storytelling goes all the way back to Aristotle’s Poetics, where we learn that an impossible probability is better than an improbable possibility. Put another way, when the Millennium Falcon is pulled into the Death Star by a tractor beam, we accept it even though we know such a thing cannot be done in our world. Given what we know about the story, we take it to be probable even though we know it to be actually impossible. Such a story element, Aristotle says, is much preferable to the phenomenon in countless films where characters turn on the television or radio just in time to learn a major plot point. We know that is possible in our world. But it’s so improbable to the point of being ludicrous and, even worse, untruthful.

A Star is Born finds unique ways to unearth the truth in its story, even though we’ve seen this same story before in the previous remakes and even in other films. For that alone, it deserves all the praise it has received and then some.

A Star is Born and the Power of Truthfulness

It would have been easy for A Star is Born to fall into some timeworn clichés. The main character who struggles with alcoholism, the down-on-her-luck dreamer who finally reaches stardom, the lovers who are pulled in different directions, and the price of celebrity are all tropes that make their way into this storyline. In my mind, the film kept from falling prey to these clichés, because it never strayed from the heart of its story – the lives and loves behind the limelight.

More than any element, the film’s success in this regard is owed to its performers. We’ll start with Lady Gaga who finds the perfect notes as Ally. She knows when to be unsure of herself because Ally is an aspiring performer. At the same time, she knows that Ally is driven and fully believes in her own skill, so she finds subtle ways to show that, amid the initial fear, there is great self-assuredness that only needs to be unleashed.

Bradley Cooper also gives an incredibly-authentic performance, mainly for how he portrays a “star” collapsing in on himself. He doesn’t diverge into flailing antics for the drunk scenes. He plays it much more truthfully, showcasing a man who is driven by his demons. Yes, that’s a story we’ve seen before, but I’ve never seen it performed like Cooper does here.

When it comes to acting performances, truth can be a funny thing. While I’m acknowledging the authenticity of the performances here, I must also concede that not every truthful performance arrives at that end through being “authentic.” That may sound odd at first, but hear me out.

Take an actor like Al Pacino, for instance. He is one of the greatest actors to ever live. He has given performances like Cooper does here, in that they were authentic characters (think Sonny Wortzik in Dog Day Afternoon). But, later in his career, Pacino routinely has routinely taken on roles that called for a more musical performance (think of his roles in Glengarry Glen Ross – my personal favorite Pacino – or Scarface). Pacino still conveys truth in those roles even though some of his choices may not seem authentic on the surface. He’s loud and showy and…yet still truthful. It’s why he’s one of the greats.

One of my favorite aspects of A Star is Born was its use of eye-contact between its main characters. There are two moments when they first meet at a bar – one where Ally makes contact with Jackson (Cooper) and another where Cooper returns the favor. Then, the final scene brings what must be one of the most emotionally-searing instances of eye contact I’ve seen in a film. These moments keep the film from getting too far adrift in its story of celebrity and ground it in the true personal story at its heart.

We ask a lot of our movies, and rightfully so. They have incredible powers to move and affect audiences and even our culture at large. That power should not be taken lightly. The best films are ones that seek, not to manipulate that power, but to acknowledge it by their pursuit of truth. Whether that is in a familiar story or one that takes place in another world, the truth is still what matters.

A Star is Born is not a perfect film. Very few are. But it walks the line of authenticity and truth beautifully, and I’d encourage anyone to go experience it for themselves.