Movie Review: Lady Gaga is a star in ‘A Star is Born’ 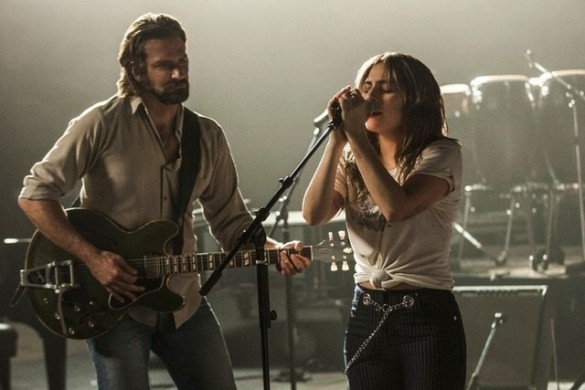 Synopsis: A musician helps a young singer and actress find fame, even as age and alcoholism send his own career into a downward spiral.

A Star is Born is the movie everyone is talking about, and everyone likely will be talking about it until at least next year’s awards season. It’s made Bradley Cooper a director. It’s made Lady Gaga a movie star. It’s a classic tale and is likely soon to be a classic movie. But is it actually a good movie? I have feelings.

Let’s start with the pros, because there are several. First and foremost (warning: obvious pun coming up), a star truly is born in Lady Gaga (sorry, I had to). She absolutely kills it in this role. We already knew she could sing, and she’s acted in both TV shows and movies before, but in A Star is Born, she really shows us what she’s made of and shifts her persona from pop star to movie star. Her performance is anything but shallow and the emotional depth she brings to the character of Ally carries this movie, 100%. She has some of the funniest and most charming line deliveries in the first act, and the performance deepens in surprising and profound ways throughout the film. Bradley Cooper’s performance is strong as well, but feels much more familiar and relatively unimpressive, plus I have a hard time believing him as a rock star. Gaga’s performance, on the other hand, feels fresh, raw, and believable. She brings a relatability and an intelligence to the character that makes the role far more interesting than the script really should allow and I think most people who see this movie will be incredibly surprised if this doesn’t make her an Academy Award nominee.

Other major pros with this movie come with the music, costumes, makeup, and hair (unsurprising, really, given the female lead). The soundtrack is a solid mix of country, rock, and pop and it steers fairly clear of Gaga’s usual style, focusing more on story and characters than Lady Gaga herself. There will most certainly be a best original song nom for Shallow at this year’s Oscars and I, for one, can’t wait to see the live performance. The costumes, makeup, and hair reflect the same blend of musical characteristics and feels unique and appropriate to this world and these characters. I also love the evolution of the character aesthetics seen throughout the movie and the fact that things never go full-blown Gaga in that department. There are elements of pop and celebrity without Ally simply being Lady Gaga.

Now for the cons. I hate the be the bearer of bad news, but the script for this movie is pretty bad. I haven’t seen the older versions of A Star is Born, but based on the amount of melodrama seeping through the frames, I would guess it borrows fairly heavily from those scripts without spending nearly enough time modernizing the story, developing the characters, or creating a plot that isn’t the most predictable movie since Titanic. There was also very little conflict throughout the film, although opportunities abounded, and it was never really clear why these two characters even wanted to spend time with each other, let alone how a romantic relationship could form. There is also a pretty major pace issue with this movie. Several scenes could have been cut entirely and most of the scenes could have been at least 25 percent shorter, in my opinion. Even a few of the musical numbers went on a little too long, which is something I never thought I’d say about a musical featuring Lady Gaga.

Another major con for me with this movie was Cooper’s directorial style. He seemed extremely preoccupied with making himself look like a rockstar and most of the scenes in which he sings are shot in handheld shaky cam extreme close ups with a million bright lights and, of course, a few obligatory dolly shot from behind with the crowd and lights in front. I understand trying to recreate the feeling of a rock concert, but it was too much, too often. I also think Cooper was likely trying to portray Jack’s life as chaotic through the camerawork, while Ally brought a stillness and a calm, which, again, would have been extremely effective in much smaller doses.