Sylvester Stallone and Arnold Schwarzenegger are starring in a film together.

We recently got this poster for their new film called Escape Plan (previously titled The Tomb). It is the first time the pair have starred in a film together, having only previously been on screen together briefly in The Expendables film.

Escape Plan is about a structural-security officer who is incarcerated in a prison he designed and has to escape to find the person who framed him. The film also features Jim Caviezel, Sam Neill, Vinnie Jones, 50 Cent and Vincent D’Onofrio and is directed by 1408 helmer Mikael Hafstrom.

Escape Plan sounds pretty interesting, although I prefer its previous title. It will be nice to see Stallone and Schwarzenegger star in a film together and the premise sounds pretty cool, if unoriginal (I’m a sucker for prison breakout films). 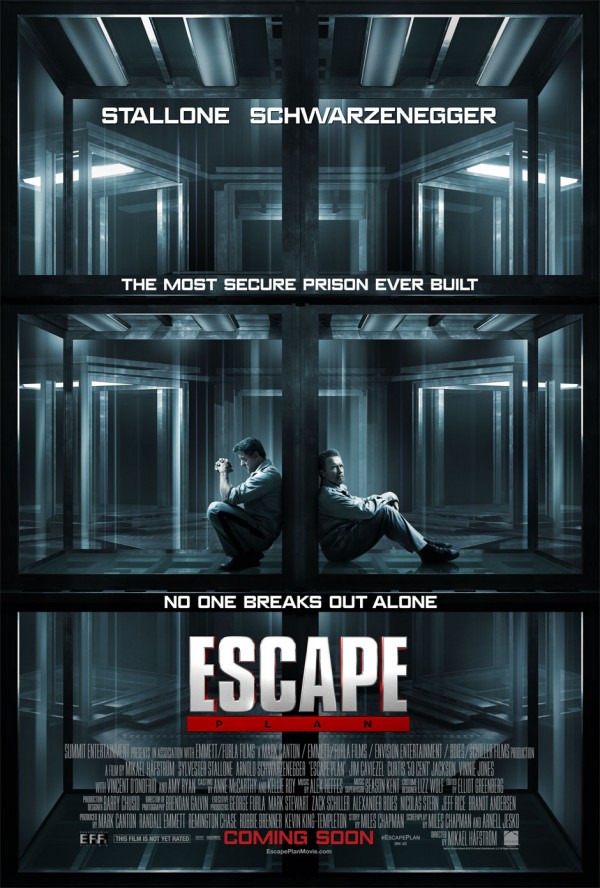