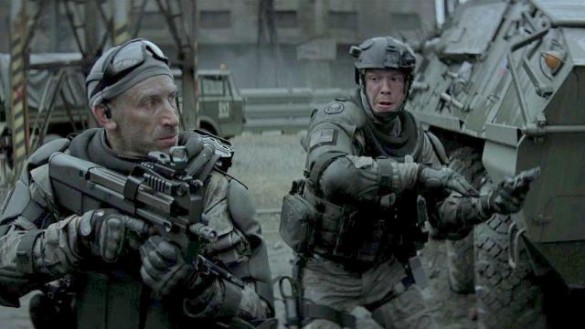 It’s been reported that Ubisoft has recruited Michael Bay to develop the long lasting video game franchise, Ghost Recon, into a feature film for Warner Bros. The first Ghost Recon game was released in 2001, which was awesome, and it’s most recent entry, Future Soldier, was released last year. If you’re not familiar with Ghost Recon, it revolves around a top-secret group that is rarely dispatched but when they do, they wreak havoc and leave without a trace.

Ubisoft has been very meticulous in handling their video games going to the big screen. Before releasing any properties to film studios they landed Michael Fassbender in Assassin’s Creed and Tom Hardy for Splinter Cell making sure that they don’t fall victim to what is now stereotype to say “video game movies are bad.” Personally, I love the idea that they are taking this very serious and getting the right people on board.

Right now, Bay is on only as a producer but he may be open to direct after Transformers 4 is finished. Bay is a great action film director and this series is more about tactics and stealth which could be a struggle given the fact he is great at blowing things up. That being said, he has shot great scenes involving firefights with intense drama and action. If he’s able to mix those very well, we could get a great Ghost Recon film.

In case you didn’t know, Ubisoft has already made a Ghost Recon short film called Ghost Recon Alpha that was produced by Ridley Scott.