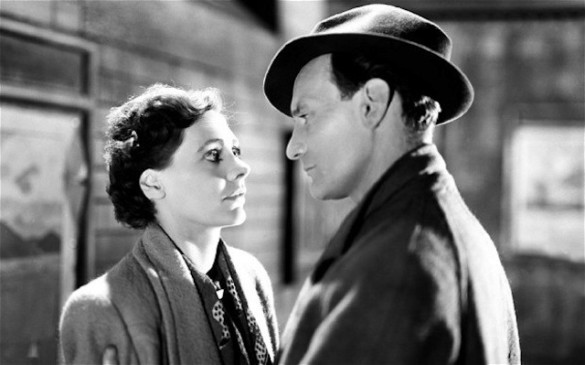 The Bridge Of The River Kwai. Lawrence Of Arabia. Doctor Zhivago. A Passage To India.

These are gorgeous epics by the great David Lean, who won two Oscars and nominated for another three during this era of epic producing. It is a style that may never be duplicated again, where it’s all on location, no CGI, lush settings, and made to be shown completely wide on the screen. Lean’s rise to the Oscar-winning epics came from his period in shooting traditional black & white stories and adaptations of noted pieces of literature that have itself become an acclaim section of films to watch. He first began as an editor, working on the Oscar-winning films Pygmallion (1938) and 49th Parallel (1941) before moving on to being a director, starting with In Which We Serve (1942) alongside Noel Coward for the war effort. It was these works which helped him give a better insight in telling a story from shot to shot and giving a more eloquent performance from his actors. Here are a few of those pre-epic films.

A chance meeting between a two married people starts off an illicit affair that is full of passion and understanding of two souls who are internally alone from their spouses. Based on Noël Coward’s short play, Lean’s melodrama sets the train station as the criss-cross of a society where random encounters come and go and the speed of the train is reminiscent of doomed love. The performances of both Celia Johnson and Trevor Howard are tender in their affection for each other, even in the knowledge that it will never go into serious territory. Brief Encounter is considered among the five greatest British films in history alongside The Third Man and Don’t Look Now. It also gave David Lean his first taste of being an Oscar nominee, for Direction and Adapted Screenplay, plus a Best Actress nod for Johnson.

The first of back-to-back Charles Dickens adaptations (the second being Oliver Twist), Lean did not read the novel before accepting the project but followed the closeness of the script form the book to make a strongly modified movie that is rich in vision. Dickens’ works were about criticizing the Victorian era and their neglect of the poverty and it remains so in this version as we see Pip grow up from poor orphan to benefactor. With shadowy camerawork and a stellar set that goes to extensive detail over Victorian England, it is considered by some as the best Dickens adaptation ever with its cinematic expression that perfectly transitions to the screen. It was also the first film actor Alec Guinness would work with David Lean on.

After less successful works in The Passionate Friends (1949) and The Sound Barrier (1952), Lean found success again in the play referring to the meaning essentially to take it or leave it. The great Charles Laughton plays the bootmaker Henry Hobson with three daughters, one of whom falls in love and marries the shoemaker working under Hobson. When the daughter and shoemaker go off and form their rival business, Hobson goes on drinking and the shoemaker, scorned in the start, finds his footing as a legit businessman. This can be considered a sort of a feminist film as the strongest character is the strong-willed daughter who keeps on supporting her husband and defies her father. It was another Victorian-era film but in a comic tone, a rarity for Lean, thanks to a virtuoso performance by Laughton. Thanks to his girth, he gave us other sensational performances and the stubborn, proud Hobson is just gold.

The last film Lean made before going to his epic era was also the first color film he directed. Starring the great Katherine Hepburn, Summertime is a romantic story of a single woman in Venice who has comical encounters with the locals and find s herself lost in translation with them. She meets another American couple visiting, quite boisterous, and she struggles to try to be a good tourist instead of falling into the stereotypes of American visitors. What she sees is all gorgeous, but with love all around, the loneliness comes in until she meets than Italian charm of a man in the Piazza San Marco.

The pre-epic Lean was the early sight of the larger masterpieces he would make after. The control of Lean in multiple periods and giving the pace and pieces for every shot that is perfected by him would be the craft of his perfection in driving the story forward and trusting his actors to be as transient as they can be on the screen. Lean did bring in A-list actors for his shorter pieces and recognition that he was going to make even bigger, better films. This first act of Lean’s career was the establishment of orthodox storytelling; the second act that followed constructed skyscrapers that opened the ideas of many of shooting anywhere and telling long stories in its perfect format.

P.S. – Here’s a bonus doc on the life and career of David Lean made in 1985, right after the release of his final film, A Passage To India. It gives brilliant inside into his buildup and features behind-the-scenes footage of his last directorial effort, including his ability as an editor.