Movie Review: ‘Diane’ is a poignant and sneaky good film about guilt 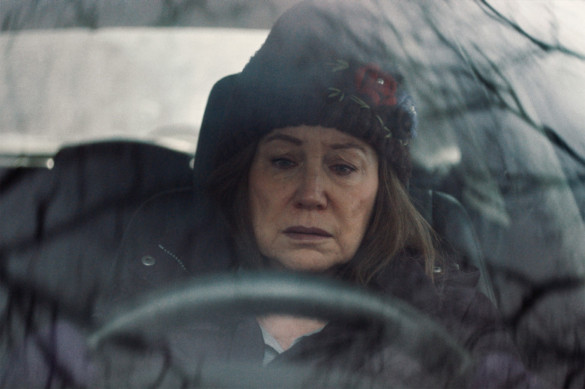 Synopsis: Diane fills her days helping others and desperately attempting to bond with her drug-addicted son. As these pieces of her existence begin to fade, she finds herself confronting memories she’d sooner forget than face.

“How could something originate in its antithesis? The unselfish act in self-interest? Such origination is impossible” is a Nietzsche quote, which is something I just learned. When I was 13, I thought I had come up with this philosophical notion. I truly loved this theory because I wrestled with it all the time, wanting to be a good person in the beginnings of teenagehood. It’s a pretty nihilistic view of the world, but it is one I keep in check from time to time. I mention it because it was one of the first things I thought of when I watched Diane. The quote falls right into place here, as our lead character is almost as unselfish as one can be. The following film is somewhat of a mystery, as towards the end we learn the cause of her guilt and shame. It’s also a lovely portrait of a frustrated woman, a New England community that slowly passes away, and a shaky study of addiction which luckily gets better as the film goes on.

We meet the titular Diane (Mary Kay Place), a woman who spends her time caring for everyone else. She begins the film asleep in the hospital room of her cousin (Deirdre O’Connell). It’s soon followed by shifts at the soup kitchen, dropping food off at different friends’ houses (all of whom seem beaten down by age), and visiting her heroin addicted son (Jake Lacy). We see these things as a routine, her working and doing her best to support her friends and neighborhood as much as possible. She writes down a to do list of good things, completes them, spends time with friends, hopes her son will get help, and keeps moving.

At first, Diane develops this sort of wonderful routine. We get a genuine portrayal of a woman and the people who make up her life. The scenes in diners, kitchens, and bars where people discuss trivial history are the best parts of the film. These scenes feel so ingrained in reality that I’m unsure if director Kent Jones stole the dialogue from a family get-together. Each small character and family member is perfectly realistic. It’s a joy to watch this woman try her best to tend to them, even if I started to question her intent. The film loses some of its footing earlier on when showing the relationship of Diane and her son. These scenes can seem slightly obvious and manipulative, along with Lacy’s performance, which starts hammy and over the top. At first, I thought that I’d be praising the background here as it seemed like his drug addiction was taking center focus. But the film soon straightens itself out. Once that plot thread comes to an end, the primary focus of Diane’s guilt comes to light. From there, everything is absolutely superb.

Diane is the sort of subtly masterful film that you wouldn’t expect from a first time director. But it does make sense that it comes from Kent Jones, one of the greatest cinema writers of all time. Jones has an excellent command of visual language, taking cues from Paul Schrader and Jim Jarmusch’s latest works. All the while, he succeeds best at making a setting feel deeply integrated as a part of the film. Shades of Manchester by the Sea pop up, especially if you want to find another film about guilt where the lead character spends a large portion of the time driving around in the cold of Massachusetts. But Diane does something special with its formal approach. As to mimic the slow decay of our lead character, the film gets more fragmented, dream-like, and odd as it moves on. Time withers away to the point where you can’t tell if you are six months or six minutes away from the previous scene. It’s an ingenious way to stop that feeling of repetition and routine that the film creates, even if I found the routine pleasant enough on its own. This is a sneaky, sneaky film. It’s a crushingly sad one, along with being one of the most human ones I’ve seen in a long time. I’m very sure I’ll be returning to Diane’s community soon, although I’m unsure if it’ll be an easy visit.