Featured: So, they’re making a live-action adaptation of The Lion King, huh? 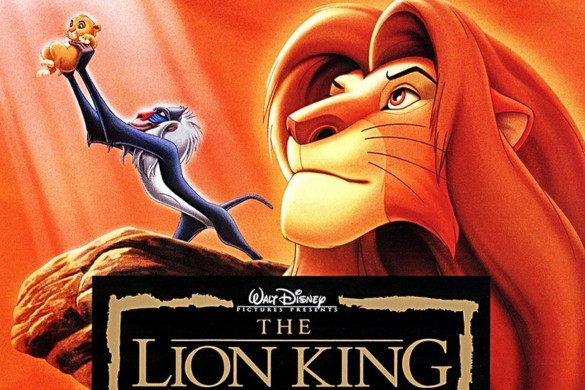 We all knew it was coming, right? Last week Disney announced that they would be joining forces with director Jon Favreau to create a live-action adaptation of The Lion King. Well, as you’ll hear on Episode 189, we couldn’t let that news slip through the cracks on our show. Despite being in the middle of our Harry Potter Movie Series, we needed to discuss this further. So, for the first time since Episode 5 all the way back in 2013, we decided to forgo our Top 3 segment, making #189 the first show since then to not have some sort of list segment. And it was totally worth it.

For a little bit of context, I’m a *huge* fan of The Lion King. It was a big piece of my childhood and I would still argue to this day that The Lion King is one of the best animated films of all-time. It perhaps *is* the best animated film of all-time. Simply on principle, this news is alarming. However, my biggest questions are more fundamental. If this is supposed to be live-action, but it’s executed with heavy CGI in the same vein as The Jungle Book, isn’t that still technically animated since there are no human characters? Also, how are you going to replace the iconic vocal performance from James Earl Jones? Should you just re-cast him? And don’t even get me started on Hans Zimmer’s Oscar-winning score. How are they going to replicate the music of this film, which is itself a significant piece of cinema history?

Laying all of that aside, there is reason to be hopeful for this project. First of all, Disney seems to have their heads on straight with all of their properties. Of course this is subjective, but if you ask me, Disney Animation, Marvel, Star Wars and these live-action remakes have mostly been great, with only a few misses here and there. Meaning, Disney has all of their arms working in unison right now. As for the live-action remakes, Cinderella, The Jungle Book and Pete’s Dragon, have all been solid re-imaginations. I haven’t seen the Alice in Wonderland films but I hear awful things about them. Maleficent was disappointing as well, but outside of those two, I’ve really enjoyed what Disney has been doing with their live-action remakes.

And that brings us to Beauty and the Beast, which is another animated film I hold very close to my chest. In fact, Belle is my favorite Disney Princess. Now, I understand that the marketing for these remakes are going to pander to what people love about the original animated films, but the teaser trailer and images have absolutely captured the spirit of Disney’s original Beauty and the Beast. All of the evidence suggests to me that Bill Condon’s film will 1000% render the heart of that story while visually regurgitating what we love so much about Beauty and the Beast aesthetically. I am so excited for that film and love the direction that film is heading at the moment.

If Beauty and the Beast lands for me, coupled with my already love for The Jungle Book and Cinderella, I may actively be in favor of a remake for The Lion King. At the end of the day, I still have questions and the very idea makes me nervous, but the evidence says to me that I shouldn’t be at this point. If you’re like my co-host Brendan, and you didn’t like The Jungle Book or Cinderella or Pete’s Dragon, then I sympathize with your more severe hesitations. However those films did land for me pretty hard, and I’m a big fan of Favreau’s work. If he brings the same kind of enthusiasm and vision to The Lion King as he did with The Jungle Book, that only adds to my potential excitement for this project.

What about you though? Where do you sit on all of this?

Listen to more of our thoughts on Episode 189 below: