Featured: The Legacy of the Fantastic Four 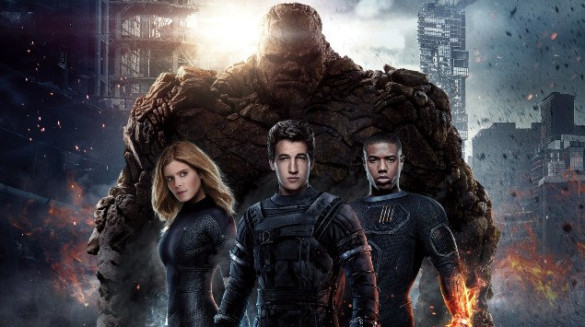 The Fantastic Four first debuted over fifty years ago in 1961. Created by Stan Lee and Jack Kirby, the duo wanted to do something different with the super-hero genre. They did things uncommon at the time, such as making the team a family, having one of the characters (The Thing) have unattractive powers, they were celebrities and in their first several appearances they didn’t have any sort of costume. The series would go onto be hugely popular, kick-starting what is now the Marvel universe. The adventures of Mr. Fantastic, the Invisible Woman, The Human Torch and The Thing, would continue under dozens of writers and artists over the years and the team would evolve and become more successful.

Stan and Jack’s work on the series is still considered one of the best today and is as one of the longest uninterrupted runs in all of comics. For over one-hundred issues they produced the book monthly, adding characters till popular today such as Dr. Doom, the Black Panther, Galactus, the Skrulls, the Silver Surfer and countless others. The heart of the Fantastic Four franchise has always been discovery and family. The team aren’t likely to proactively fight crime and instead combat situations arise as they explore new locations, worlds and ideas. The group’s membership has changed from time to time, but has focused mostly on the main four, with the children of Mr. Fantastic and the Invisible Woman becoming main characters.

Like any popular super hero franchise, it’s going to spawn adaptions. The first Fantastic Four animated series debuted in the 1960s produced by the Hanna-Barbera company. Another show would follow in the seventies (notoriously lacking the Human Torch), then again in the 1990s and the mid 2000s. The first live action film is the infamous 1994 film by B-movie legend Roger Corman. The film was only made in order for the studio to keep the licence and only ever released as a leak. With the modern popularity of super hero films, two movies would be released in the 2000s; Fantastic Four and Fantastic Four: Rise of the Silver Surfer. The films would be modest successes but the squeal made less than the first, despite costing more. A reboot of the series was released in 2015 and was met with negative reviews and was less successful than the other films.

Merchandise is ripe for the Fantastic Four. Any item you can think of, the team have had it. Toys, books, clothing, bedsheets, lamps, posters, confectioneries, albums and more have all been released based on the FF. Various video games have been produced in the past, with notable example being the 1997 release for the Playstation. Both of the 2000s films had video game tie-ins. You can play as the Fantastic Four until your heart is content today with online slots provided by Coral based on the team. The Fantastic Four have made numerous other appearances in video games, being playable in both Marvel Ultimate Alliance games, MMORPG Marvel Heroes, Lego Marvel Super Heroes and more.

The Fantastic Four have been around for over half a century and with all the ups and despite the downs, they’ll easily be around for the next half.