Featured: Anticipating Warcraft and The Conjuring 2 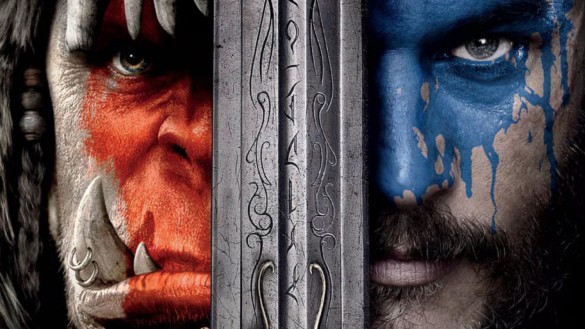 This weekend on Episode 173, we’ll be discussing both Warcraft and The Conjuring 2 which are hitting theaters this weekend. The video game movie genre to date has been infamously bad and a lot of people, including myself, were hoping that Warcraft would be the film to break the “Video Game Movie Curse” that has plagued the genre for years. Unfortunately, critics don’t seem to be buying into that idea. Warcraft, at the time of this post, has a 29% on Rotten Tomatoes with many critics noting how it fails to engage a general audience. Now, that concerns me a bit since I know NOTHING about Warcraft. I’ve never played the game nor have I ever just watched someone play the game. I will be going into the film completely blind and it’s a little concerning if the film is tailored strictly to fans of the franchise. There’s nothing wrong with pandering to fans, to some degree you want to, but I do hope the film is more accessible than what some critics are saying. I thought the first trailer was somewhat compelling and I’m a big fan of Duncan Jones, so I’m definitely curious to see the film. I’m also curious to see if our ignorance of the franchise either hurts or helps our experience with the film. Last week with Teenage Mutant Ninja Turtles, my love for that property actually hurt my viewing experience since I expected more and better quality than what we got. Perhaps going in blind with Warcraft will leave expectations at the door? Maybe? I guess we’ll see. Warcraft may not break the “Video Game Movie Curse” but I’m hoping to at least be surprised.

Speaking of expectations, we’ll also be seeing and discussing The Conjuring 2 this weekend, a film I’ve been anticipating for some time now. Not that we needed a sequel but I am a big fan of The Conjuring that came out in 2013, and even though it didn’t make my Top 3 Horror Films of the 21st Century (so far), it would definitely of made my Top 10. The Conjuring featured enough scares to satisfy the masses but I was mostly interested in how James Wan (the director) used the nature of this aesthetic to tell a poignant story about a family. The Conjuring 2 focuses around a single mother and her four children, which beautifully sets up the same concept that I’m hoping will be just as emotionally satisfying. The key concern for The Conjuring 2 is its length. The film is 134 minutes and that is WAY too long. Now, a film can certainly justify its length by giving the movie depth and character (ie Captain America: Civil War), and I’ll be fine with that. I just don’t know if The Conjuring 2 is one of those films. Either way, I’m still looking forward to seeing the film and hopefully some of that good early buzz does ring true.

What about you though? Are you looking forward to any of these films? Let us know in the comment section below!

Here’s a list of other movies that are coming out this weekend at the box office:

Now You See Me 2
Genius (limited)
De Palma (limited) – Documentary from Noah Baumbach that we are hearing good things about.
Diary of a Chambermaid (limited)
King Jack (limited)