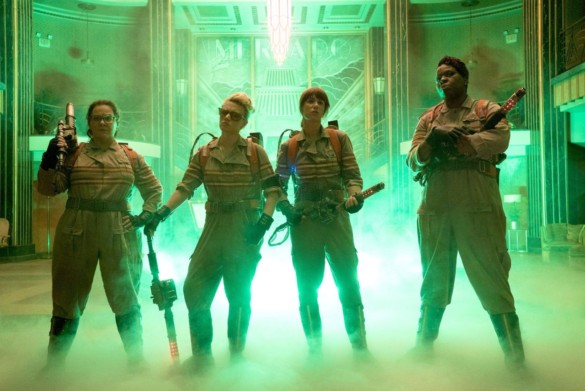 Whenever anyone muttered the words “Ghostbusters” and “remake” in the same breath, it has caused some rather extreme reactions from some people over the last year or so. Now, some of it has been understandable as for some audiences, the original Ghostbusters is a childhood classic that should just never be touched. I get that and I can respect that. If Hollywood ever touched Independence Day…oh wait, yeah I definitely sympathize with that notion. Alright, so that idea does have some validity to it but the people who are out to get this film, whether it’s because the film is a classic to them or that it stars four women in the iconic roles, are reacting in a way that is insanely unnecessary. The misogyny on Reddit is simply absurd and I hate to burst their bubble (actually I enjoy it), but the studios don’t pay critics for their reviews. The reaction from these “fanboys” is simply based on pride and hatred, and it’s an unwarranted distraction from the real problems our country is facing currently. That said, let’s all take a second to thank “Mudron” for bringing logic to these insane Reddit comments.

Comment from discussion Ok, so obviously the reviews aren't as bad as we had hoped. So what more can we do at this point to make sure that the public knows it's terrible so that it bombs?.

Okay, now that I’ve purged out my frustration on that, back to the film. I’m personally excited for the new Ghostbusters film. I think the original Ghostbusters is a lot of fun, but looking at the film objectively, it’s not a masterpiece by any means. In fact, I’m curious as to how it would be perceived today with modern audiences and critics. I’m not so sure it would be received with open arms. Nostalgia makes it hard to envision that, but if you take an honest step backwards, there are pacing issues, the exposition of the film is poorly handled and as iconic as the climax is, the tension is released rather quickly. Don’t get me wrong, I’m not saying it’s a bad film. As I mentioned above, it’s a great time, most of the jokes land hard and the characters are a riot. I also love Rick Moranis’ commitment to his character, it wonderfully juxtaposes the “cool” of the Ghostbuster characters and honestly, their performances as well. You can’t forget that soundtrack too. There’s a lot about this film to appreciate, but I wouldn’t call it a classic.

At this point, a lot of you are probably ready to polarize me with your proton packs but for the reasons mentioned above, it’s why I’m excited for the new Ghostbusters. I’m genuinely curious to see what director Paul Feig does with the material and how they modernize some of the iconice sequences of the original. I also really like this cast. Yep, I said it. Kristen Wiig is an actress that has proven her worth, even outside of comedy, over the last several years. Say what you want about Melissa McCarthy, and yes she can be hit or miss, but I do find her really funny in films that suit her well. Leslie Jones isn’t as well known in the general public but she is hysterical. She’s also been the best part about the trailers too. And the one consistent thing you’ll read in all the reviews, is that Kate McKinnon steals the show. It seems like this could be a star-making role for her. Oh, and there’s Chris Hemsworth, who is actually pretty funny. His jokes in the Marvel films are some of the best and his little role in Vacation was pretty good as well.

I would agree that the marketing for the new Ghosbusters hasn’t been terrific but the reviews are alluring. Given Feig’s history, it doesn’t surprise me either. Spy, The Heat and Bridesmaids were all critically praised films. Personally, I wasn’t the biggest fan of Spy but I would say that I enjoyed all three of those films though. It doesn’t surprise me one bit that the critics have gone for another Feig film when he’s proven himself over and over again. And I don’t buy for a second the “critics have an agenda to prove the haters wrong” argument. Critics don’t get paid by the studios and they aren’t out to get the fans either. They just do their job. End of story. Of course, you don’t have to agree with the critics (I still don’t understand the love for Cheap Thrills) but if the majority of them say it’s good, and you don’t want to believe them, that’s on you. It’s perfectly fine to disagree with critics, we do all the time on our show, but to say they have an agenda is kind of silly to me.

All of that said, and maybe I’ll regret asking this, but what about you? Are you excited for the Ghostbusters remake?