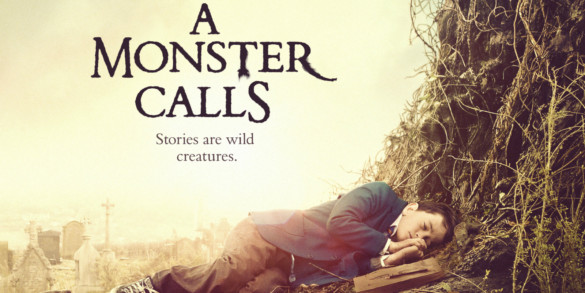 All the way back on Episode 185, when we discussed our Top 5 Fall Films of 2016, I had Martin Scorsese’s Silence at my #1 spot. And for a lot of reasons, Silence is still very high for me, but on a true list that spot was held for A Monster Calls. During that discussion on #185, I didn’t include A Monster Calls on purpose, given how much I’ve talked about the film on previous shows. However, it’s J.A. Bayona’s new film that truly has me more amped up than any other film to come out this fall/winter season. For two major reasons. First, I’m a big fan of The Orphanage, which is one of the best horror films of the 21st Century so far. It is equally terrifying as it is emotionally thriving. Bayona is a director that clearly knows how to construct his vision in a way that captivates the audience. Secondly, the trailer for A Monster Calls is one of the best I’ve ever seen, period. The trailer is a work of art. It tells its own story and is one of the most moving experiences I’ve ever had watching a film trailer. To this day, as I write this, I sob every single time I watch it. For those two reasons, A Monster Calls is a highly anticipated film for me and I cannot wait to see it this weekend.

Another reason to be excited for A Monster Calls is Felicity Jones. Forget her in Rogue One: A Star Wars Story. She was fine there, but is on a completely different planet (pun intended) when it comes to her performance in Bayona’s new film. At least based on the trailer. That line she has about “breaking things” nearly kills me every time I hear it. I have no doubt that she will be one of the best things about A Monster Calls. I don’t know much about Lewis MacDougall, but from what I’ve seen he also looks pretty good here as well. Additionally, this film features the likes of Sigourney Weaver, Toby Kebell and Liam Neeson. Pretty great cast if you ask me.

Speaking of Neeson, his character of The Monster is one of the most intriguing elements of this film for me. A Monster Calls isn’t just about a boy struggling to cope with his mom’s illness, it’s about *how* he goes about it. Now, let me reiterate, I haven’t read the book and I’ve only seen the trailer, so this idea I’m about to explore is purely based off of my interpretation of the film’s marketing. It looks to me that MacDougall’s character of Conor finds his coping mechanisms through his imagination by conjuring this “monster” if you will. Which to me, has these spiritual undertones that provokes a whole other level of emotion for me. I don’t care to get into religious beliefs in this article, so I’ll just say, that aspect has be very curious. Neeson’s voice acting is not only good, but in some ways, it also amplifies this notion. He has a deep, caring and other worldly voice that works for the character while maintaining this idea of spirituality that I’m hoping the film explores.

It’s for all those reasons why I’m super excited that we are ending our 2016 campaign on A Monster Calls. This will be our last main review before our annual InSession Film Awards and Top 10 show that we will be doing on Episode 204. If Bayona pulls through and the film lives up to my expectations, it couldn’t be a better fit to my 2016.

What about you though? Are you excited for A Monster Calls?