Chasing The Gold: How Was That Not Nominated For Best Picture? (2011) 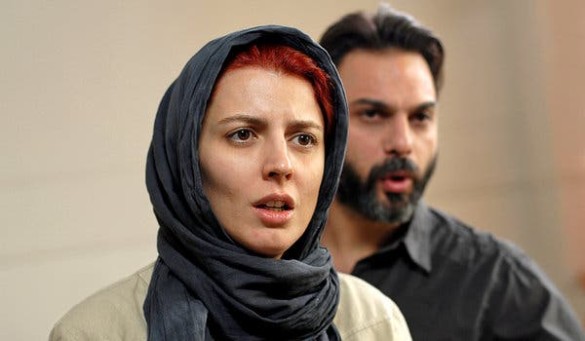 The Oscars of 2012 had, in my opinion, some pretty bland nominees. The Artist took home the main prize, but, while charming, it’s a pretty forgettable film. The Help is entertaining, based on a best-selling novel of the same name, and has a great cast, but the “white savior” trope left a bad taste in my mouth. The Descendants seemed to be a frontrunner, and while it has some good performances, especially from George Clooney, the film didn’t hit me as hard as I think it was trying to. While reviewing the list of films that were nominated, I was shocked by an excellent film that I honestly thought was a Best Picture nominee, but apparently only received two Oscar nominations, one for Best Screenplay,  and one for Best Foreign Film, which it won. I am, of course, talking about A Separation. In such a mediocre year of Best Picture nominees, A Separation easily should have gotten in the Best Picture list.

Made in Iran, A Separation begins with a couple who seems to get along just fine. However, the wife (Simin, played by Leila Hatami) wants to leave the country, and bring her daughter with her. If her husband (Nader, played by Paymon Maadi)  would come with her, there would be no other reason to seek a divorce. However, Nader has an elderly father who is quite sick, and needs constant care. He refuses to leave him or let his wife take their daughter out of the country. But this is just the beginning. Simin remains in Iran, although in a different house, and Nader hires a woman named Razieh to come take care of his ailing father. After some unfortunate events occur, Simin is accused of causing Razieh to have a miscarriage, and unless he can prove that he didn’t know she was pregnant, he will go to prison on murder charges.

What makes this film deserve a Best Picture nomination is that not only is it a technically well-made film, but it’s my favorite kind of film- a film that makes you think. It’s a film in which the story is so tightly written, your thoughts and opinions on each character change several times throughout the film. The audience, as well as the other characters in the film, are all aware of certain facts, while hiding many secrets. These secrets are not revealed all at once. As each secret becomes revealed, it causes you to rethink your opinions on the characters, often by understanding that character with more depth. What works so well in this film is that each character is in a desperate situation. Nader has his father to take care of, Simon wants to leave the country with her daughter, who doesn’t want to go with her.  Razieh, as we come to find out throughout the film, has several secret issues of her own.

It’s challenging to write about this film without giving away spoilers. There is an incident that happens that has devastating effects on all of the characters. It’s a very quick, seemingly meaningless at the time, act. It happens during a stressful time, when emotions are high. However, something happens as a result of the incident that puts all characters at risk. What makes this moment brilliant, is that we don’t really see it happen. We see part of what happens. We feel the anger, confusion, and desperation of all of the characters as more information and secrets are revealed. The brilliance of the film is that there are no heroes here, nor are their villains.  These are people living in a country most Americans know very little about, with laws we don’t have here. These are characters living under a great deal of pressure, and they have to make decisions that can hurt themselves or others in order to survive.  This is a film that changes your opinions the more you watch it. And because of this, it completely deserved a Best Picture nomination. 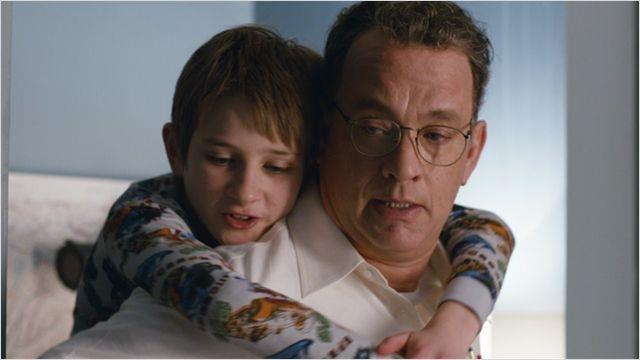 If A Separation deserves a nomination, what film didn’t deserve one? A movie that had so much going for it, yet made me cringe the entire time I watched it, Extremely Loud, and Incredibly Close. This film is about the effects of 9/11! It has Tom Hanks, Viola Davis, AND Max Von Sydow! How could this movie NOT be totally amazing?  Before I get into my critique of the film, I want to give a disclaimer: I have a daughter who has Down Syndrome and Autism. In addition to writing, I am also a teacher, and have taught many special needs students throughout the year. That being said, what didn’t work in this movie was the character of Oskar Schell, played by Thomas Horn, a character who might have had special needs.  Now, in the history of film, there have been very few, in my opinion, successful youth performances. Children either seem much too old and mature for the age they are supposed to be, or they just try to be cute. Steven Spielberg is one of the greatest directors of children.  Think of Henry Thomas in E.T. or Christian Bale in Empire of the Son. These were terrific and deep performances, yet both actors still seemed like children, and not miniature adults.

One thing that makes people love a film is being able to relate to it. This is the story of an extremely privileged boy, who has lots of social issues. Tom Hanks plays his dad, and, because it’s Tom Hanks, he, of course, is the greatest dad ever. He tells his son how brilliant he is all the time, and has lots of free time to make up adventures for his son all over New York City. Sadly, the way the son is written, and directed, he is one of the most unlikable characters I have ever seen in film. The problem with this is that I can see how the director and writer wanted him to be.  He was supposed to be “quirky” and “brilliant”, but instead was irritating and pretty hateful most of the time. There is one scene where he mentions that he was tested for Asperger’s Syndrome, but that results were “inconclusive.”  So, is that supposed to justify this kid’s behavior and attitude towards people? He lies to people (even counts how many lies he tells) and barges into people’s personal lives (especially Viola Davis, who just seems too tired and not in the mood to deal with his issues). He has hateful outbursts to his mother, and Max Von Sydow, which, as much as he tries to justify it, they really don’t deserve.

The main problem is they try to make him “quirky” and to some degree we are supposed to feel for him, which, at the end when he has a breakdown, we finally do.  And that’s a credit to Thomas Horn. Let me be clear, Horn did a great job playing this complicated and rather unlikeable character. The character has a ton of idiosyncrasies;  he counts all the time, and flashes his fingers while talking about numbers, he runs around with a tambourine for some reason, and does the tell-tale “I’m an individual” by wearing vest sweaters and a winter hat during the springtime. It’s the way that he’s written and directed that makes the character impossible to like or root for.  And, considering the entire film requires you to care about and like this kid, it ruins the film. And for this reason, since it missed the mark of what it was trying to accomplish, I can safely say that it did not deserve a Best Picture nomination.