Bumblebee is going back to his old-school roots for Transformers 4.

We recently got some photos of a redesigned Optimus Prime and two other Autobots, and today we got a photo of Sam Witwicky’s favorite sidekick, courtesy of Michael Bay.com. Bumblebee is now a highly modified, vintage 1967 Camaro SS.

When Bay signed on for Transformers 4 – a reboot of sorts for the series – Bay said the Autobots and Decepticons would be getting a makeover. So far they’re just getting sleeker and aren’t much different. But we’ll see what we get a glimpse of their robot forms. 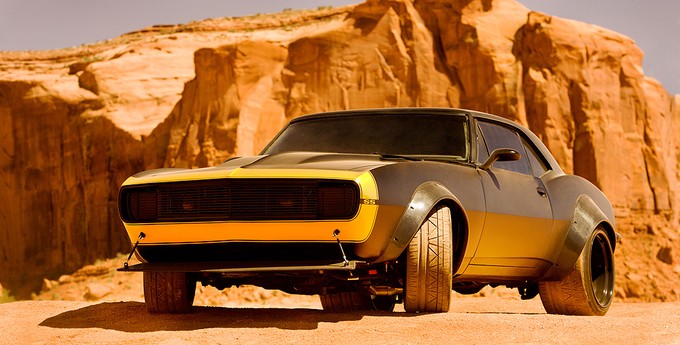