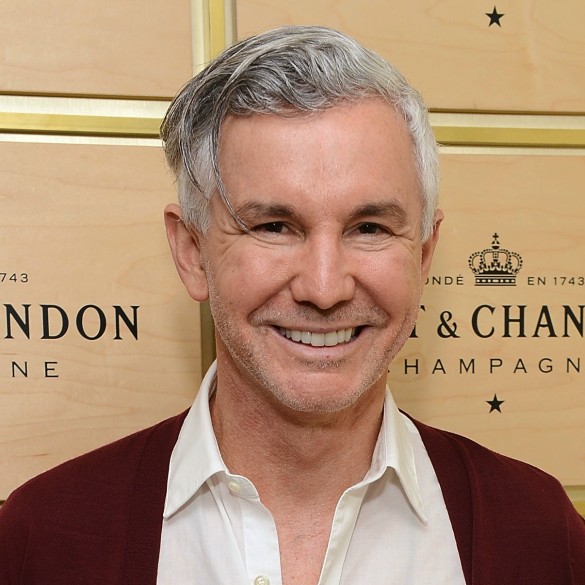 I’m not sure if you’ve read all (or any) reviews of The Great Gatsby that came out over the last few weeks, but it’s has received it’s fair share of criticism. I feel like no matter what podcast I listen to or what website review I go read, people have no issue picking apart Baz Luhrmann’s latest film. The biggest issue is that people have no fundamental understand of who Luhrmann is or what he’s trying to do with his films. While I don’t know Luhrmann personally either, when I start to pick apart Lurhmann’s films, a couple things is pretty clear.

1) You Mis-Interpret His Glamour

I actually listened to people (Which I’ll keep nameless) on a movie podcast talk about the visuals in The Great Gatsby and how it was “too much” and they didn’t particularly like it. If you know anything about Baz Luhrmann, this segment almost feels like “duh”. Everything Lurhmann does has gorgeous visuals, incorporates bright colors and is in your face. That’s exacty what he’s known for so you have to expect that. He’s incredibly intentional about bringing you a visual element that has lots of flare but with an updated twist. Going back to Strictly Ballroom all the way up to The Great Gatsby, his visuals are intentional about being modern even though the stories were much older when they were filmed. Everything from cars, to houses, to clothing all has the purpose of keeping traditional styles but have been modified to keep things modern to whatever time he filmed the movies. It’s all on purpose so people criticizing his films for that has little understanding of what he’s doing and has been criticizing his films for all the wrong reasons.

2) His Modern Music is Intentional

You have to understand, Luhrmann is very intentional about using updated musical elements and visuals to make things interesting and fresh. Criticizing Luhrmann for using modern music is like criticizing Picasso for painting abstract art; it’s who he is as an artist and it doesn’t make sense. His musical choices bring old-school themes to the forefront with fresh new vibes that bring new light to the material. With his flashy visuals and modern visual styles, it wouldn’t make sense if he used expected musical pieces. But don’t forget his scores either. They are extremely fitting and perfectly executed for the most part, but because of the other musical choices, it’s usually in the background. Don’t get it wrong, The Great Gatsby, Moulin Rouge!, and his other films are not really period pieces. They are modern takes on old stories that people have liked over the years. Regardless of whether you like rap or hop hop, Luhrmann uses the music to appeal to a broad audience who may not care otherwise and I applaud him for that. And by the way, he’s used other types of music too. If he was making a period piece, then I would agree but that’s not what he’s doing here.

3) He Loves His Characters

When I watch a Luhrmann, it’s pretty easy for me to tell he gives lots of room for the actors to really go for it with their characters. He seems to have this love and passion for the stories he’s telling but wants to give the actors space to create something fun and entertaining. I’d say that most people don’t have a big problem with the performances in his films but it plays into the modern, updated aesthetic he’s wanting to do. Romeo + Juliet is the best example of this as the actors are really going for it but are performing in a way that is easily 1996 at the same time, which is when it was filmed. I also think it’s part of the reason why his films are so lengthy, given some of the stories are long in nature, but he wants to develop the characters as much as possible while having fun with them. To me, while I love his music, this is where Luhrmann flourishes the most which brings everything full circle.

Don’t get me wrong, I’m not saying that Baz Luhrmann is the greatest filmmaker of all time or anything like that, but I do think he gets a bad rap for all the wrong reasons. Yet, if let’s say Joss Whedon was to do a film about a Shakespeare play and did something similair, people will most likely praise him for it. My point it is, let’s criticize Luhrmann for what he’s trying to do, not for what you think the movie should be based on your expectations and stereotypes. I’ve had my fair share of criticism toward Luhrmann myself but I always try to look at what the directors are trying to achieve. I’m not looking at period pieces but old stories that have a traditional vibe that yet feels like it was this decade. I understand that some (maybe most?) people still don’t like it but I’ll give him respect for what he’s doing.