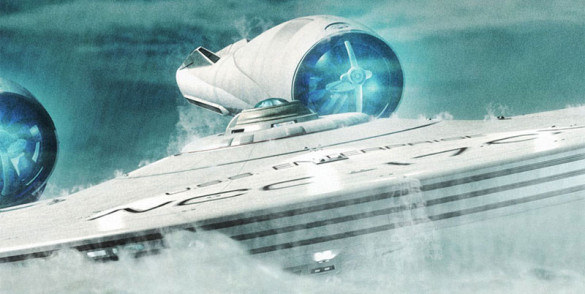 Star Trek Into Darkness doesn’t go boldly where Star Trek has gone before.

So is Star Trek Into Darkness – a fitting, pleasing sequel to Star Trek – a “disappointment?” Based on the numbers, yes, especially when you consider Paramount publicly predicted a $100 million weekend, which was possible considering the film played in IMAX and in 3D. But you also have to consider that Iron Man 3 and The Great Gatsby are also currently playing in theaters and did well again this weekend.

Rounding out the top five for the weekend were Michael Bay’s Pain & Gain, which grossed $3.1 million for a total of $46.6 million and The Croods, which in its ninth weekend picked up $2.75 million to bring its total to $176.8 million.

Star Trek Into Darkness may be the No. 1 film at the box office for the weekend but don’t expect to stay there. Fast & Furious 6 opens this weekend and should beat it – especially considering the rave reviews it’s already getting. Expect the latest installment in the series to at least gross $80 million.