Box Office Report: Monsters U. gives Pixar one of its biggest openings 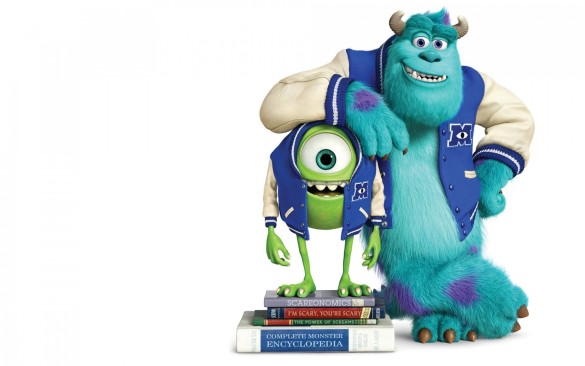 Monsters University pulled in a sizable $82 million over the weekend, making it the animation studio’s second-best opening behind Toy Story 3‘s $110.3 million just three years ago. The prequel to 2001’s Monsters Inc. isn’t one of Pixar’s best films and isn’t up to snuff compared to the first film but it’s still an enjoyable watch.

Also having a solid weekend was the Marc Forster-directed World War Z, which opened with $66 million. The zombie film is star Brad Pitt’s biggest opening, easily beating out 2005’s Mr. and Mrs. Smith‘s $50 million haul. World War Z is an unexpected delight with thrilling sequences and a unique take on the zombie genre.

After grossing $125 million last weekend to become June’s biggest opening, Man of Steel dropped to third with $41 million. It has made over $210 million in just 10 days, which is already more than 2006’s Superman Returns made.

In fourth was This is the End, which racked up another $13 million to bring its 12-day total to $57.7 million. The comedy/thriller cost just $32 million to make.

Now You See Me rounded out the top five with $7.8 million to push is surprising total to $100 million.

New films opening this weekend include Roland Emmerich’s White House Down and the Sandra Bullock-Melissa McCarthy buddy-cop film, The Heat.