Movie News: Will Ferrell and Jack Black team up to play Tag 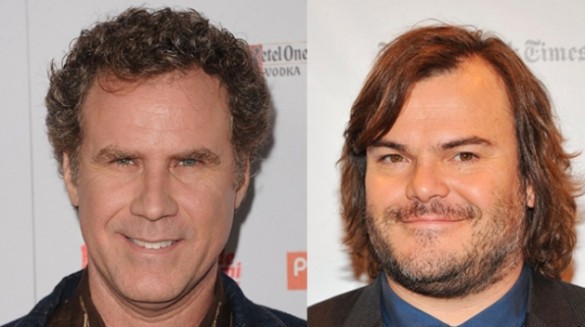 In what sounds good on the surface, Will Ferrell and Jack Black have been named to star in Tag Brothers, which is a story based on a recent Wall Street Journal article that was grabbed by New Line Cinema after a major bidding war.

The story is based off the real-life story of a group of friends from Spokane, Washington who has a long-running game of tag, which gained national notoriety when it became a featured story in the Wall Street Journal. Every year, the group of friends spend the month of February chasing each other across country to avoid being tagged as “It.” According to the article, they take the game serious which sometimes even involves B&E to tag one another.

While I think the premise is pretty crazy, I think having Ferrell and Black in a movie like this could be fun giving their personalities. The two have never really been featured in a film together so this would be an interesting start.

The movie will be written by Mark Steilen, who wrote the 1999 screenplay, The Settlement. Outside of that he hasn’t written anything else for film. And according to The Wrap, the screenplay will be contingent on whether Ferrell and Black join the project.

This movie sounds like it could be good on the surface, although there are several other major pieces that need to come together first. What do you guys think?