The Video Nasty: A British Form Of Censorship 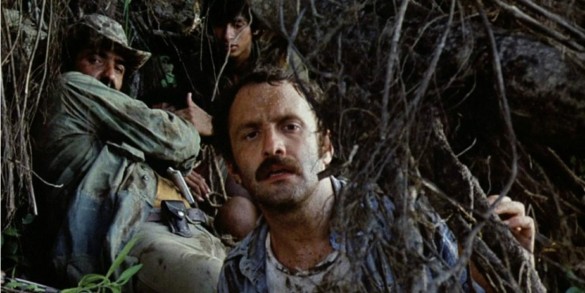 In the United States, the old Hays Code ended and the MPAA was born, giving out its ratings to indicate the type of content a film has and whether it’s acceptable for people under 17 to see. With the UK, they never had an exact rating system, but never had a system that prohibited certain films from getting released. No law was made to regulate movies and their content until the 1980s and concern for a certain film was not brought to the public’s attention until the 1970s. Slasher films became controversial for its graphic violence and, in an era now dominant by the conservatism of Margaret Thatcher, conservative pressure groups such as the National Viewers’ and Listeners’ Association (NVLA) pushed Parliament to amend obscenity laws to movies also.

The term “video nasty” came from controversial activist Mary Whitehouse, who led the NVLA and for years crusaded against TV shows that were showing subjects that were inappropriate to the general public. Her complaint was that the exposure of such films to children led to copycat behavior and the rise in violent crime. Successfully, public debate over the ‘nasties’ led to a bill called the Video Recordings Act of 1984. Here, the newly-named British Board of Film Classification had the job of certifying all cinema and video releases. While the effect was the keep such videos away from children’s hands, it ended up being sought out more by the public. It was illegal to have unclassified videos or give children movies that were under the minimum age as labeled.

A list of films was published and labeled under three different categories. First, there were the “prosecuted films,” where 39 films successfully banned by the original Obscene Publications Act; the majority of them were later re-cut and approved for release. These films could not be sold unless approved by the Board. Second, there was a list of films that were not banned or was failed to get banned per court, thus allowing the movie to be released with a warning label regarding explicit content. The third group were not obscene, but could still be seized by police and destroyed. It’s kind of like a misdemeanor to have this film or really there was no prosecution.

A number of notable works fell into these three categories, but almost all were these hardcore slasher films with grotesque violence that would fall under the NC-17 rating here. The notorious horror films Cannibal Holocaust, which faced legal matters in various countries due to its content (such as rumors the cast were actually killed), I Spit On Your Grave, and The Last House On The Left fell under the first category. The Boogeyman, The Evil Dead, and Possession fell under the second category. The last category featured Dawn of the Dead, Foxy Brown, Friday The 13th, Scanners, and The Texas Chainsaw Massacre. Although they were released prior to the new system, Straw Dogs and The Exorcist were initially subjected to scrutiny but was not listed among the three categories.

If you read this and were confused, so was I and others who felt that this went against free speech and complained that the new law was trying to regulate their private lives. Mary Whitehouse and her supporters would point to events such as the Hungerford Massacre, where a man went on a killing spree possibly influenced by the Rambo series, as legitimate to have such regulation. Some saw the classification of one group of films over another as a farce and too wrapped up in social conservatism that Thatcherism promoted. But by the late 1990s, the censorship was being relaxed after people got their heads out of their asses (and the Labour party was swept to power) and a number of films were finally released or re-rated.

Today, the Video Recordings Act is still in law after being slightly amended, but it’s something you don’t hear anymore. The term “video nasty” is such an outdated complaint and far removed from the moral panic brought on by Mary Whitehouse (who died in 2001) and her group. But it was also such a British move to employ under the government of the 1980s. The 2010 documentary Video Nasties: Moral Panic, Censorship & Videotape was released covering the era, and its sequel, Draconian Days, was released in 2014. For now, both documentaries can be found here on YouTube. It is worth watching and learning how the British handled their business with the most shocking of movies made from everywhere and the ridiculousness of it by today’s standards.