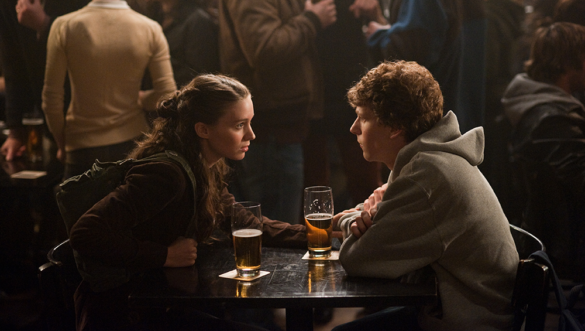 This week on Episode 398 of the InSession Film Podcast, inspired by our review of The Trial of the Chicago 7, we discussed our Top 3 Aaron Sorkin exchanges in film. Sorkin holds a rare status in Hollywood in that his scripts often trump the director. It’s not always the case, but often his films are labeled as “Aaron Sorkin films” even if he didn’t direct them. His writing is so well crafted and historically resonate that it’s almost become legendary at this point. And much of it boils down to verbal exchanges between characters and the riveting drama that Sorkin brings to the page. That was the focus of our Top 3 this week and boy did it make for a challenging topic given the great dialogue he’s written over the last three decades. That said, here are our lists:

Hopefully you guys enjoyed our lists and if you agree or disagree with us, let us know in the comment section below. A topic like this is cumbersome given the vast amount of great exchanges in Sorkin’s scripts and the lack of time to revisit all of them. However, the best will always stand out and we did our best to lay those out. However, that doesn’t mean your list will look like ours. So, what would be your Top 3? Leave a comment in the comment section or email us at insessionfilm@gmail.com.