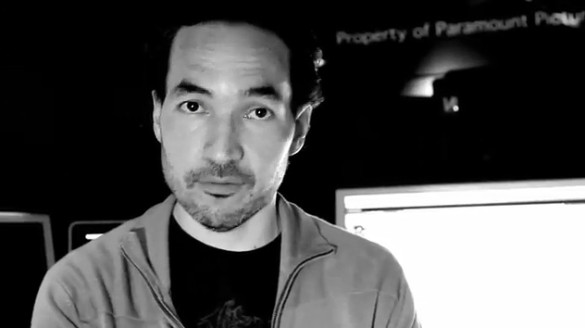 If there is anything that Steve Jablonsky is really great at, it’s scoring sci-fi movies. Well it’s being reported that Jablonsky is going to get the nod to score Gavin Hood’s new film, Ender’s Game, which will end up being a great choice. Jablonsky’s score for the Transformsers films are absolutely incredible and is the best superhoero/comic book movie score of all-time in my opinion.

Jablonsky has written some really great scores for reality-based films such as Pain & Gain, Gangster Squad, Desperate Housewives and other documentaries. On Episode 10, we discussed his score Pain & Pain quite a bit as it was one of the better parts of that film (I would also say the same thing for Gangster Squad as well).

However, Jablonsky shines more in the fantasy/sci-fi world, which is where he’s really great. As I mentioned, his Transformers score is absolutely amazing, but he’s also written great scores for Battleship (the only good thing in that film), Gears of War (video game), Command & Conquer (video game), The Island and the animated film, Steamboy.

Personally, I think this is a really great choice. He’s done a great variety of work, which will give Hood many options as far as the direction he wants to go with the score.

In the near future, a hostile alien race called the Formics have attacked Earth. If not for the legendary heroics of International Fleet Commander Mazer Rackham (Ben Kingsley), all would have been lost. In preparation for the next attack, the highly esteemed Colonel Hyrum Graff (Harrison Ford) and the International Military are training only the best young minds to find the future Mazer.