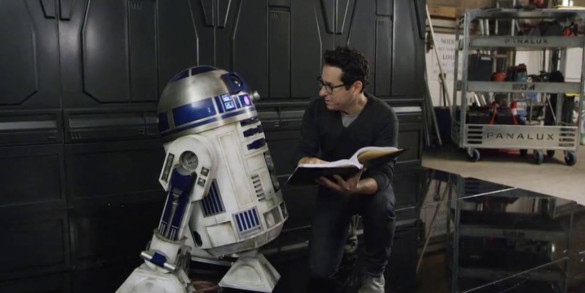 Ever since Lucasfilm announced that Colin Trevorrow would be directing Star Wars: Episode IX, it felt like that was a hourglass just waiting to pass given the backlash online. I wasn’t the biggest fan of Jurassic World myself, but I still fail to comprehend the vast amount of backlash toward Trevorrow. Perhaps there’s something about his personal life that I’m unaware of at the moment, but I still contend that Safety Not Guaranteed was one of the best films of 2012. And take it with a grain of salt, but I like the first two-thirds of The Book of Henry. Maybe he’s not personable off-set, but in my humble opinion, the guy can direct. Despite any of that though, it appears that Trevorrow’s “vision was not aligning” with Lucasfilm and they decided to move on. We’ll never know, but this may be a case where Twitter simply won.

So who did they get? The one and only J.J. Abrams! I wasn’t against Trevrorrow like many were, but I’m very excited for this news. Lucasfilm’s leadership has been somewhat volatile lately in their decision making and Abrams feels like a confident and stable choice. The Force Awakens is fantastic and I cannot wait to see what he does with Episode IX personally.

That said, we want to know where YOU stand on this. What do you think about the hiring of Abrams back to the Star Wars Universe?