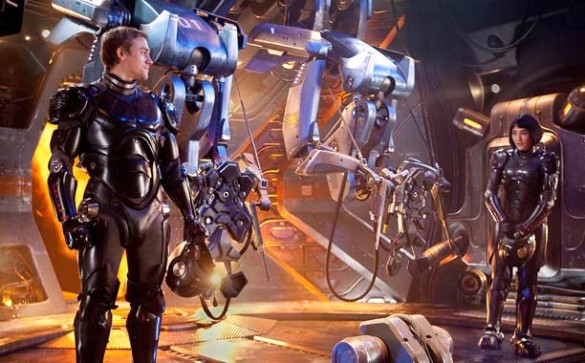 Saturday afternoon was a big day for Pacific Rim. At the Anaheim Convention Center Arena for WonderCon, director Guillermo del Toro met with a packed audience to showcase his giant robots that is getting lots of hype. The movie is set for July 12 and stars Charlie Hunnman, Idris Elba, Rinko Kikuchi, Charlie Day and Ron Perlman. People have had the chance to catch glimpses of Pacific Rim since Comic-Con 2012.

As the event started, Del Toro played a trailer that was specifically made for WonderCon. According to EW, they played it twice because it went so well. Del Toro also went on to say they only plan to show it one more time and that it will not be released to the public.

The trailer was reportedly filled with lots of explosions and destruction that is best summed up by Day’s character who says the robots are “2500 tons of awesome.”

Overall, the sneek-peak seemed to go over really well from reports and it makes me even more excited to see this film. It looks really great and should be a fun one for every type of movie-goer. Last week, they released new posters that were awesome and show how awesome these robots look. Who wants to go with us to see this?